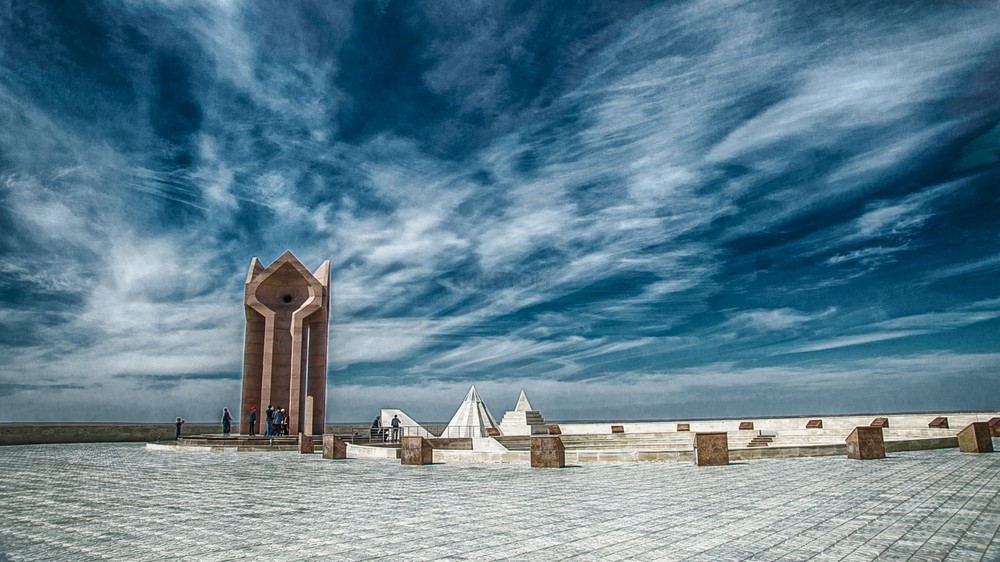 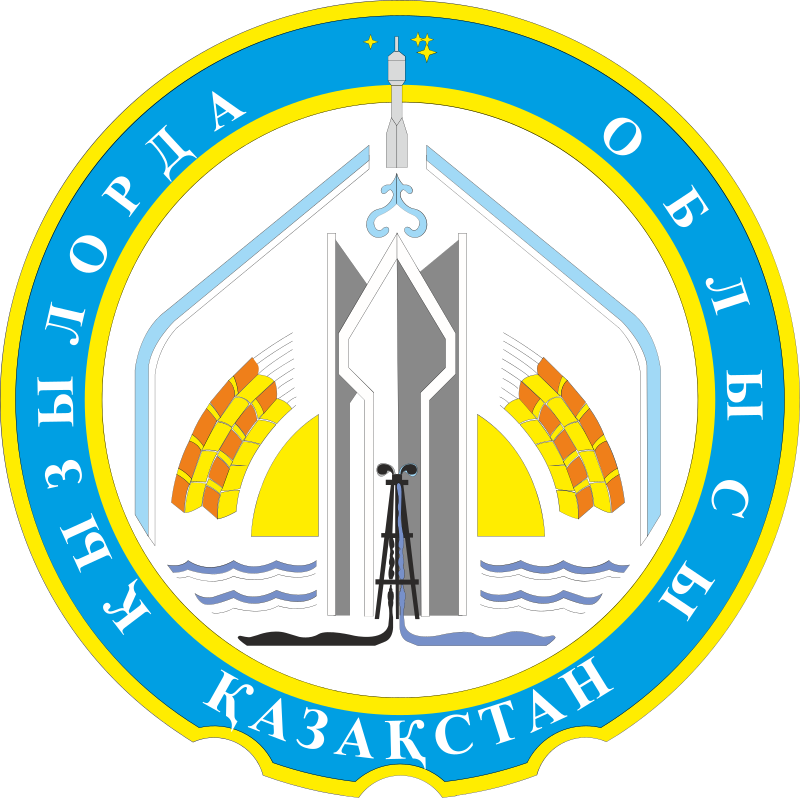 Kyzylorda oblast (in Kazakh Қызылорда облысы, Qyzylorda oblysy) is a region within Kazakhstan. It was formed on January 15, 1938. It is located in the southern part of the republic. Kyzylorda is the administrative center.
Geography

The region is located east of the Aral Sea in the lower reaches of the Syr Darya, mainly within the Turan lowland (altitude 50-200 m). On the left bank of the Syr Darya — vast expanses of hilly-ridge sands of the Kyzylkums, cut through by dry channels of the Zhanadarya and Kuandarya; on the right bank there are hills (Yegizkara, 288 m), areas of sand (Aryskum, etc.), shallow basins occupied by takyr alkaline lands (Dariyaly and others). In the north there are arrays of bumpy sands (Maliye Barsuki and Aral Karakums; Zhuankum). In the extreme south-east, the north-western spurs of the Karatau ridge (height up to 1419 m) enter the boundaries of Kyzylorda oblast.
In the northwest it borders with the Shalkar district of Aktobe oblast, in the north with the Irgiz district of Aktobe oblast, in the east with the Otyrar and Suzak districts of Turkestan oblast, in the west with the Republic of Karakalpakstan of Uzbekistan, in the northeast with the Ulytau district of Ulytau oblast, in the south with the Navoi oblast of Uzbekistan.


A significant part of the territory is occupied by sands, almost devoid of vegetation; sagebrush-type, saltwort vegetation grows on fixed sands, and in spring ephemeral on brown and gray sandy loam and brackish soils; astragalus, calligonums, and wheatgrass species grow in depressions among the sands. The bumpy sands are anchored by white saxaul, tamarisk, eurotia, biyurgun, sagebrush. In the floodplain of the Syr Darya there are alluvial meadow, often saline soils, covered with meadow vegetation with sparse tugai forests and shrubs (willows, Asiatic poplar and oleaster), in the delta and along the shores there are extensive thickets of reeds. There are many predatory (kit fox, wolf, etc.) and ungulate (saiga) animals in the desert, as well as rodents, birds (grouse, etc.), muskrat is acclimatized in the Syr Darya delta.


The northeastern half of the Aral Sea is part of Kyzylorda oblast. The only major river is Syr Darya River, which flows through the central part of the region from the southeast to the northwest for about 1 thousand km, with a highly meandering channel, many channels and branches and an extensive swampy delta. Dams were built along the banks of the river to protect against floods; in 1956, the Kyzyl-Orda dam was built on the Syr Darya River; in 1958, the river waters were passed along the Zhanadarya riverbed to irrigate fields and water pastures.
There are many salt lakes (Zhaksykylysh, Kamyslybas, Arys, etc.), which often dry out by summer; in Kupek and Teresken lakes there are therapeutic mud. In the north-east, the lower reaches of the Sarysu River enter the borders of Kyzylorda oblast.


The climate is extremely continental and arid with prolonged hot and dry summers and relatively warm, short and snowless winters. The average temperature in July in the northwest is 25.9°C, in the southeast 28.2°C, in January, respectively, -9.8°C and -3.5°C. The amount of precipitation in the northwest near the Aral Sea coast is about 100 mm (the smallest in Kazakhstan), in the southeast in the foothills of Karatau precipitations reach up to 175 mm.