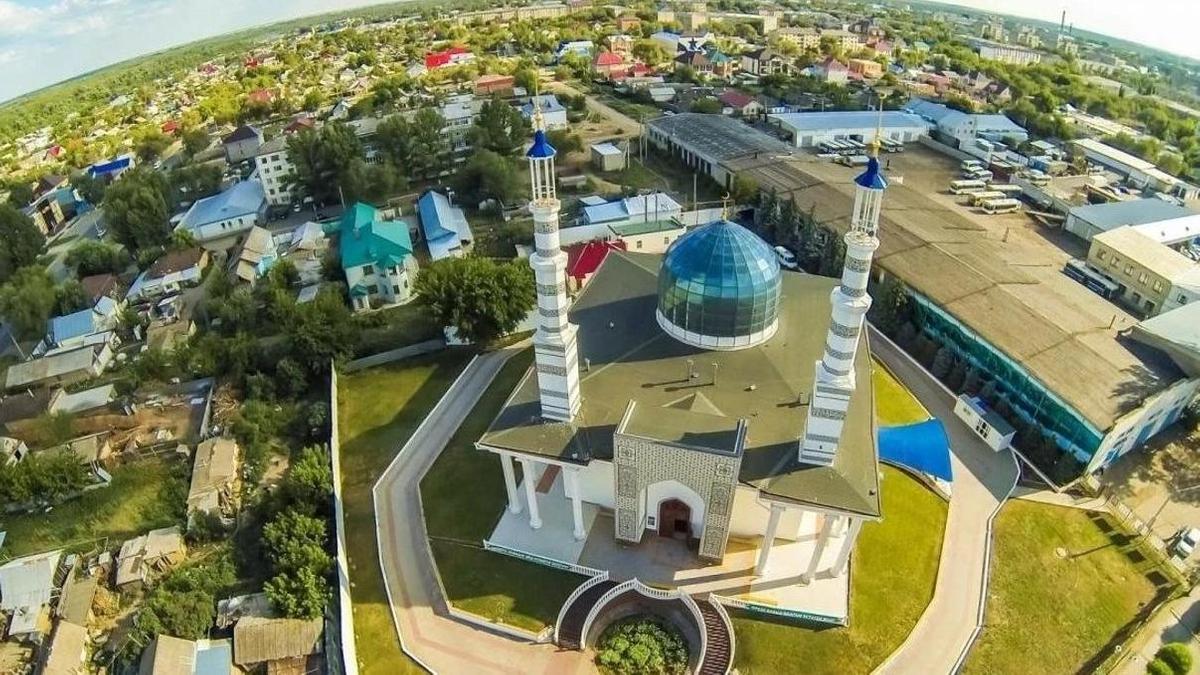 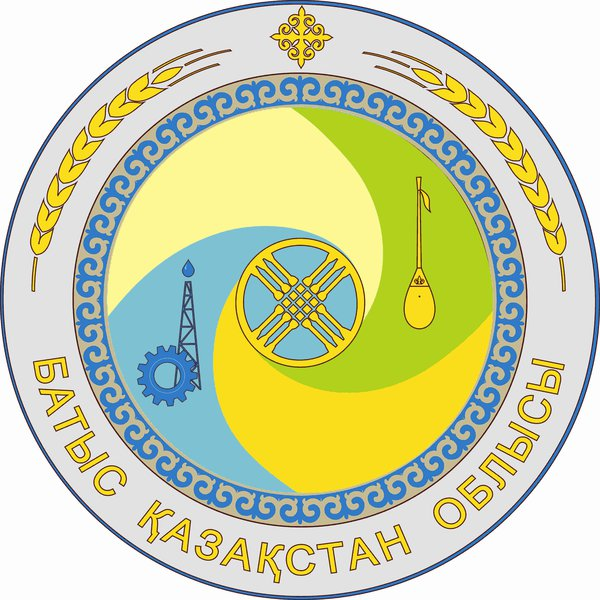 West Kazakhstan oblast (in Kazakh Батыс Қазақстан облысы, Batys Qazaqstan oblysy) is located in the north-west of the Republic of Kazakhstan. Uralsk is the administrative center.


The terrain of the territory is flat. Moreover, the altitude above sea level decreases from the northeast to the southwest of the oblast. There are several districts in the oblast according to the features of the relief, including the Obshchy Syrt, the Emba Plateau, the Caspian lowland.
In the north and northeast of the oblast there are spurs of the Obshchy Syrt and the Pre-Ural plateau. In the south, within the Caspian lowland, there are sand massifs of Narynkum: Kokuzenkum, Akkum, Karagandykum and others.
The highest point of the oblast is a hill in the area of the former Mirgorodka settlement, its height above sea level is 262 meters.
The surface is composed of Cretaceous marls, Paleogene sandstones and limestones overlain by Quaternary sediments of the Caspian lowland. River valleys consist of alluvial deposits.

There are about 200 rivers and streams with a total length of 4,600 km in the oblast, including the large Ural, Chagan, Derkul, Kushum, Bolshoy and Maly Uzen rivers. There are 144 lakes in the oblast, 94 of them are salty. The most significant are Shalkar, Rybny Sakryl and the system of Kamysh-Samara lakes.
Shalkar Lake is the largest and deepest reservoir of the West Kazakhstan oblast. The lake accumulates about 1.4 billion m3 of water, the lake area is 20,580 hectares (may increase to 24,000 hectares). Two rivers flow into the lake from the eastern side: Isen Ankaty (Big Ankaty) and Sholak Ankaty (Small Ankaty), and one Solyanka River flows into the Ural River. The Ural River flows in the north of the West Kazakhstan oblast, 250 km of its “steppe zone” is located on the territory of the West Kazakhstan oblast. The small rivers of the Ural River basin in the territory of the West Kazakhstan oblast include Chagan, Derkul, Ilek, Utva, Rubezhka, Bykovka, Yembulatovka, Barbastau, etc. Ural is one of the main waterways of special national importance not only in low-water Kazakhstan, but also in Russia.

The climate is extremely continental. Strong winds blow throughout the year, dry winds are frequent in summer.
The average temperature in January is up to -14°C, in July - up to +25°C. The absolute minimum temperature is -40°C, the absolute maximum is 40°C. Snow cover lasts 70 days in the south of the region and 140 days in the north.
The annual precipitation in the south of the region is from 250 mm, and in the north up to 400 mm.

First nomadic tribes appeared on the territory now occupied by Ural oblast in the I millennium BC. Ancient Huns, Oghuzes, Kimaks, Kipchaks roamed this land, engaged in cattle breeding and folk crafts. At the early XV century, after the collapse of the Golden Horde, it became part of the Nogai Horde, then the Kazakh Khanate (1465-1712). After the collapse of the Kazakh Khanate under the blows of the Dzungars, the Kazakhs living in this territory formed the Kazakh Junior Zhuz.
Since 1991, after Kazakhstan gained independence as a result of the Belovezhskaya and Alma-Ata Agreements, the processes of renaming settlements, organizations, and even entire territories have begun in the new country. Already in July 1992, the Parliament of independent Kazakhstan renamed Ural oblast into the West Kazakhstan oblast.
Administrative division
Currently, the system of administrative-territorial structure of the region includes 12 administrative districts, 156 aul (rural) districts, 3 settlement districts, one city (Uralsk) of regional significance and one city (Aksai) of district significance, 475 rural localities.

The region consists of 12 districts and 1 city of regional subordination: