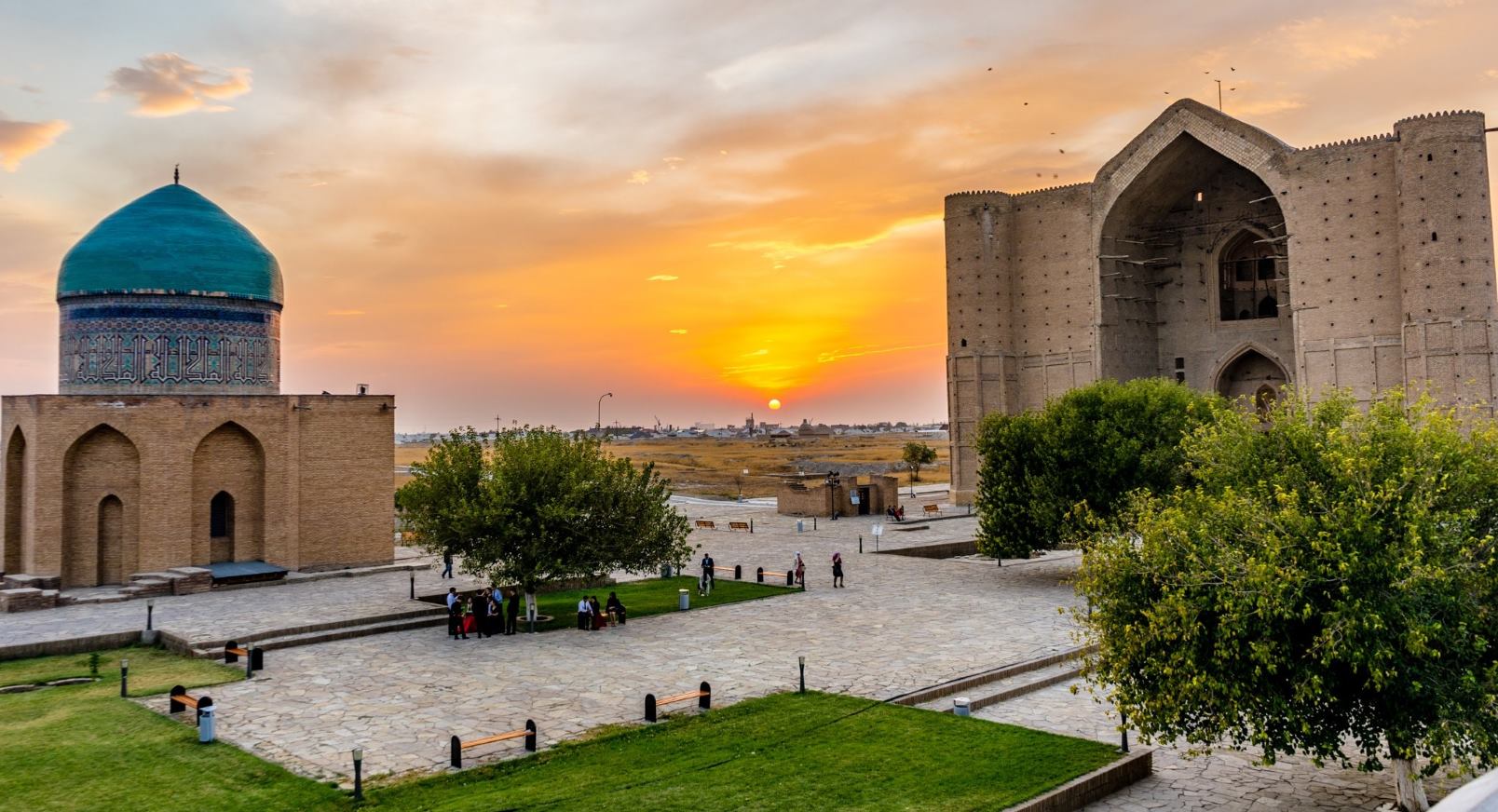 Turkestan oblast (in Kazakh Түркістан облысы, Türkıstan oblysy; until 2018 — South Kazakhstan oblast) — is a region in Kazakhstan. Turkestan is the administrative center.

The area of the oblast is 116,280 km (4.3% of the territory of the republic). The distance between the northernmost and southernmost sections in a straight line is 506 km. The northern part is occupied by Betpak-Dala desert, in the extreme south — the Hungry Steppe (Myrzashol). The middle part of the oblast is occupied by Karatau ridge (Mount Bessaz — 2,176 m, length 500 km), in the south-east — the western edge of Talas Alatau, the Karzhantau ridges (height up to 2823 m) and Ugamsky (the highest point — Sairam peak — 4,299 m).

The oblast is located in a zone of extremely continental climate.

The administrative-territorial structure of the oblast includes 14 districts and 3 cities of regional subordination: