“The Fate and Legacy of Chokan Valikhanov” 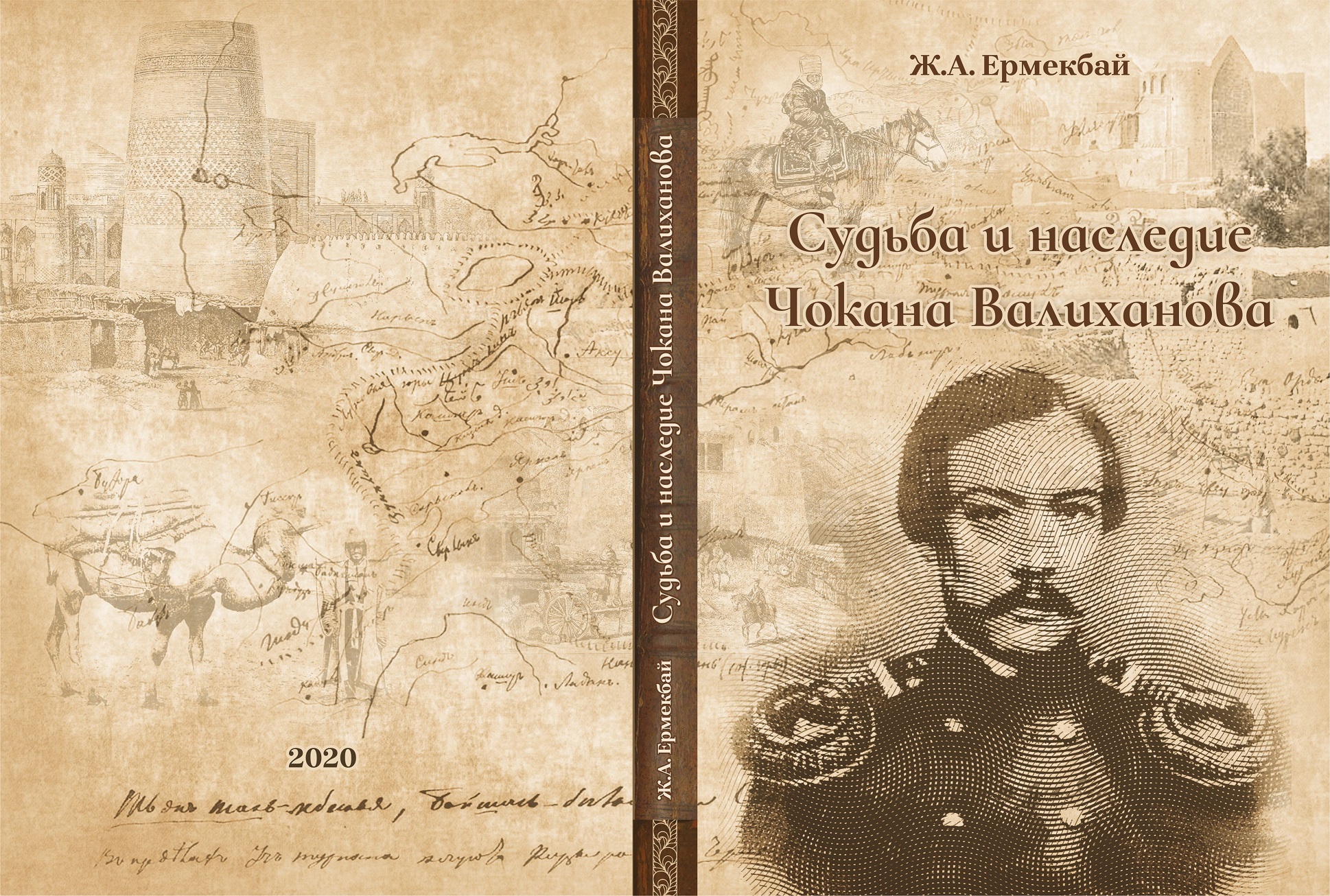 The book “The Fate and Legacy of Chokan Valikhanov”

Project goal is to study the life and creative path of the great Kazakh scientist, Shokan Ualikhanov, and reveal previously unknown facts about him found in Kazakh and Russian archives.

- bringing new information about the fate of Sh. Ualikhanov
- arousing interest in the personality of the scientist

Goal
studying the life and creative path of Shokan Ualikhanov

Tasks
bringing new information about the fate of Sh. Ualikhanov

Tasks
arousing interest in the personality of the scientist

What is already there?

The book of Doctor of Historical Sciences, Professor, Zharas Yermekbai “The Fate and Legacy of Chokan Valikhanov” was published in 2020 by “QazaqGeography” Republican Public Association with the support of the Ministry of Information and Social Development of the Republic of Kazakhstan, as well as Rukhani Zhangyru Non-profit Joint Stock Company.

In 2021, a presentation of the book was held in the homeland of Shokan, in Syrymbet village, Aiyrtau district in the North Kazakhstan oblast. A little later the work of Zh. Yermekbai was presented in the capital of Kazakhstan – Astana.

In his book, the author told about facts that were not previously known to the wide range of public. While working on the publication, Zharas Yermekbai conducted a large amount of research in the Central Scientific Library of the National Academy of the National Academy of Sciences of the Republic of Kazakhstan, the Archive of Foreign Policy of the Russian Empire of the Ministry of Foreign Affairs of the Russian Federation, the Russian State Historical Archive and others.

It is known that Shokan Ualikhanov worked in several government institutions of St. Petersburg – in the Military Scientific Committee of the General Staff, the Asian Department of the Ministry of Foreign Affairs, and taught Turkic languages at a Higher school under the same department. Therefore, the main part of the chronicle of his life is kept in Russia.

According to Professor, Zh. Yermekbai, he managed to discover some additional details about the scientist’s family, his mentors, as well as about expeditions to Central Kazakhstan and Kyrgyzstan, the period of Sh. Ualikhanov staying in St. Petersburg and acquaintances with the highest circles of tsarist Russia.

Zharas Akishevich has been working on collecting information about the Kazakh educator for more than 25 years.