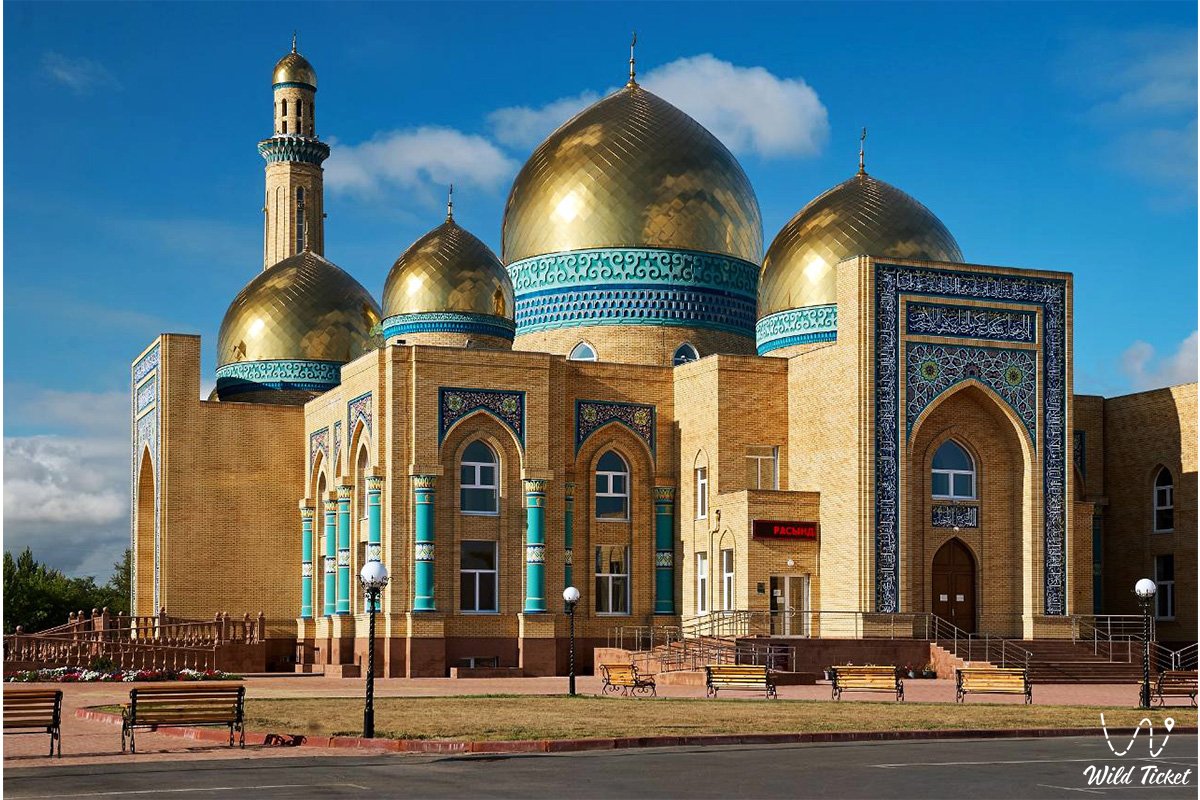 Kostanay oblast is a region in the north of Kazakhstan. Kostanai is the administrative center.


The territory is characterized by a relatively flat terrain. The northern part is occupied by the southwestern edge of the West Siberian Lowland, to the south of it there is the Turgai plateau; in the west of the region there is the undulating plain of the Trans-Ural plateau, and in the southeast there are the spurs of the Sary-Arka. The average height of the territory above sea level varies from 200 to 400 m.


Kostanay oblast belongs to the West Siberian climatic region of the temperate zone with a extremely continental climate. Winter is long, frosty, with strong winds and blizzards, summer is hot, dry. Annual precipitation is 350-500 mm in the north of the oblast and 240-280 mm in the south. The growing season is 150-175 days in the north and 180 days in the south.


Tribes of the Middle Zhuz lived in the territory of Kostanai oblast in the XIX century: Kerei (Balta), Argyns (Zhogary Shekty, Tomengi Shekty families), kypshak (Kulan, Uzyn, Koldenen, Karabalyk), Uaks, as well as the tribes of the Junior Zhuz.
One of the significant stages of resettlement occurred at the late XIX — early XX centuries and is primarily associated with the opening of the Siberian Railway and the Stolypin agrarian reform. It was during this period that the foundation of the Ukrainian community in Kazakhstan was laid.
According to the results of these migrations, Ukrainians made up the majority of the population of the northern regions of Kazakhstan in the vast territory of the Steppe Region, referred to in historiography as the Gray Wedge.
The Kostanai oblast was formed from 11 districts of Aktobe and one district of Karaganda oblasts by the Decree of the Central Executive Committee of July 29, 1936. On November 23, 1970, the southern part of the oblast was transferred to the newly formed Turgai oblast, abolished on June 02, 1988 and restored again in August 1990. It was awarded two Orders of Lenin (1966 and 1970).
After the USSR collapse, on June 17, 1997, by the Decree of the President of Kazakhstan, the transcription of the name of Kostanai city in Russian was changed to Kostanai, and Kustanay oblast — to Kostanai oblast.
At the same time, a part of the newly abolished Turgai oblast, including its administrative center, Arkalyk city and two districts (Amangeldinsky and Dzhangeldinsky) became part of Kostanai oblast.
At the same time, Ogneuporny village with a predominant Russian population turned out to be on the territory of Kostanai oblast. All its residents had Russian citizenship, all communications were brought from Russia. On January 18, 2005, the Presidents of Russia and Kazakhstan signed an interstate agreement on the delimitation of the Russian-Kazakhstan border. On January 12, 2006, in Astana, the heads of State signed a Protocol on the exchange of instruments of treaty ratification. In accordance with the treaty, the state border was defined in such a way that Ogneuporny village became part of the Chesmensky district of Chelyabinsk oblast. Instead, Kazakhstan received an equal-sized section of the steppe zone with an area of 520 hectares from the lands of Oktyabrsky district of Chelyabinsk oblast.