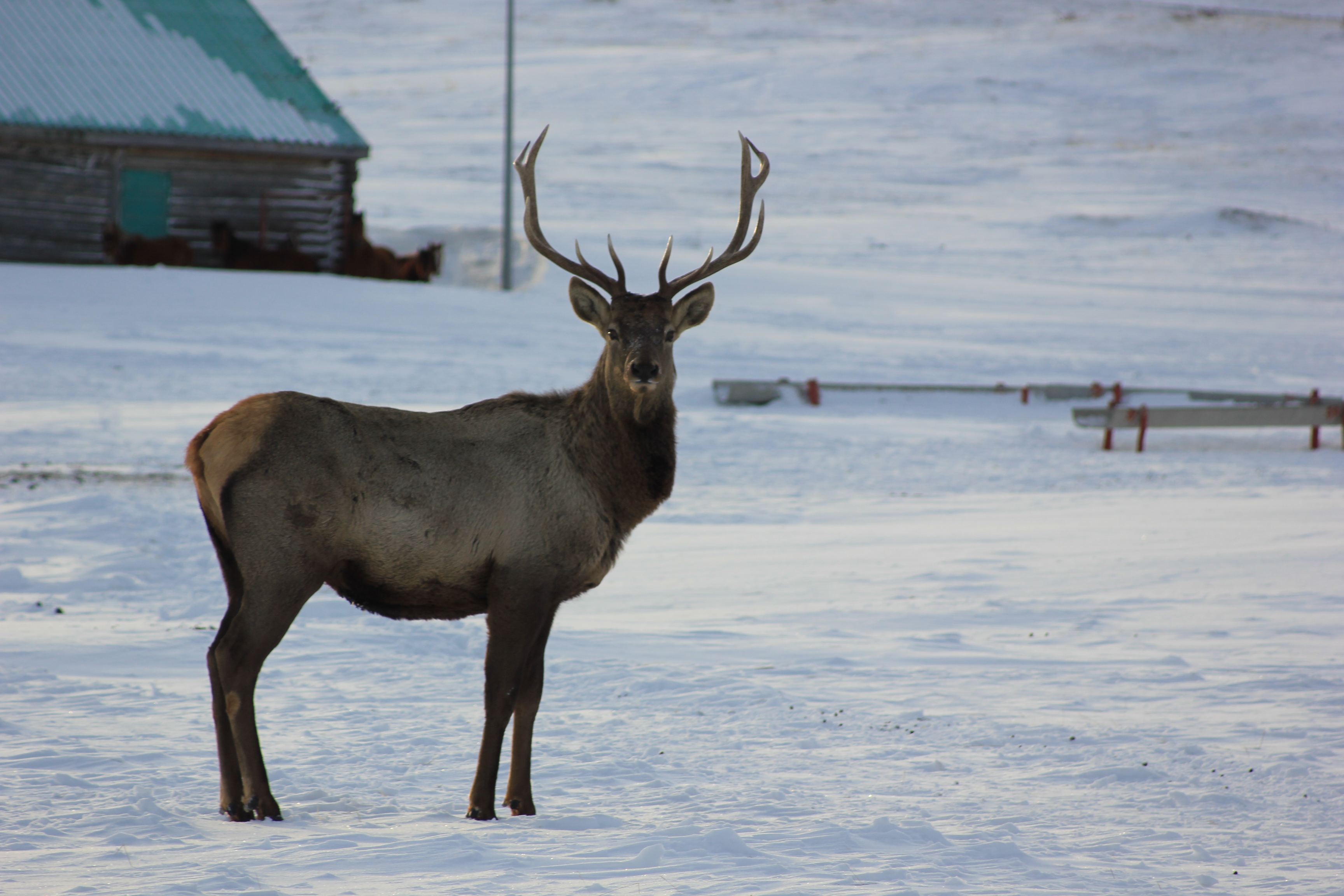 Buiratau State National Natural Park is a national park of Kazakhstan. The National Park was established on March 11, 2011; it included the Buiratau Nature Park (a protected area of local significance), the Belodymovsky and Yereimentau state zoological reserves and the territory previously reserved for the Yereimentau State Reserve. It is located in the Yereimentau district of Akmola oblast (northern part — 60,814 ha) and Ossakarovsky district of Karaganda oblast (southern part — 28,154 ha).
The national park Buiratau (translated from the Kazakh - “Curly Mountains”) is located in the transition zone between the sub-zones of moderately arid and dry steppes, which determines the uniqueness of the territory in the combination of steppe ecosystems with forest ecosystems (birch spruce, black alder).
The main purpose of the national park is the preservation of natural complexes and objects in combination with the organization of environmental education of the population in the process of direct acquaintance with typical and unique landscapes, plants and animals.

The territory of Buiratau SNNP belongs to the second category of specially protected natural territories with the status of an environmental and scientific institution of Republican significance. It is designed to conserve biological and landscape diversity, to use the unique natural complexes and objects of the State natural environment for environmental, educational, scientific, tourist and recreational purposes - a fund that has a special ecological, scientific, historical, cultural and recreational value.
The objects of the SPNA fund are: forestry, geological, hydrogeological, geomorphological, zoological and botanical objects.
Buiratau SNNP RSE includes the eponymous regional nature park of local importance, the territory of Belodymovsky and Yereimentau state nature reserves of national importance and Falcon Mountains faunal area of local significance.
The park was established in the reserve lands and lands of the state forest fund of Temirtau and Yereimentau forestry institutions and is located in the Yereimentau district of Akmola oblast and Ossakarovsky district of Karaganda oblast. It consists of two branches - Yereimentau (60 814 hectares) and Belodymovsky (28 154 ha). The total area of ​​the national park is 88 968 ha. A protection zone with an area of ​​88,064 hectares is created around the park. The central office is located in Molodezhnyi village, Karaganda oblast. 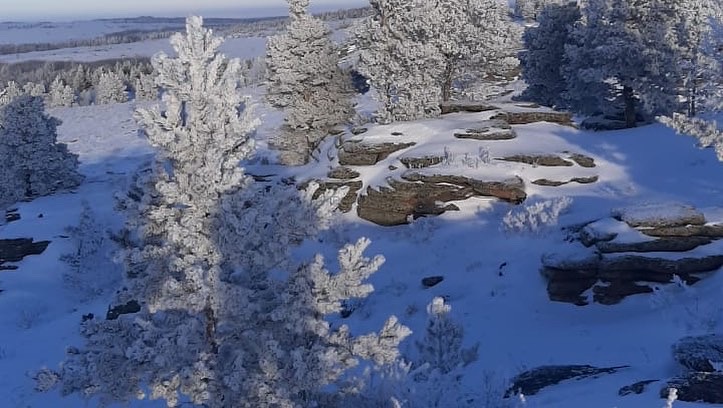 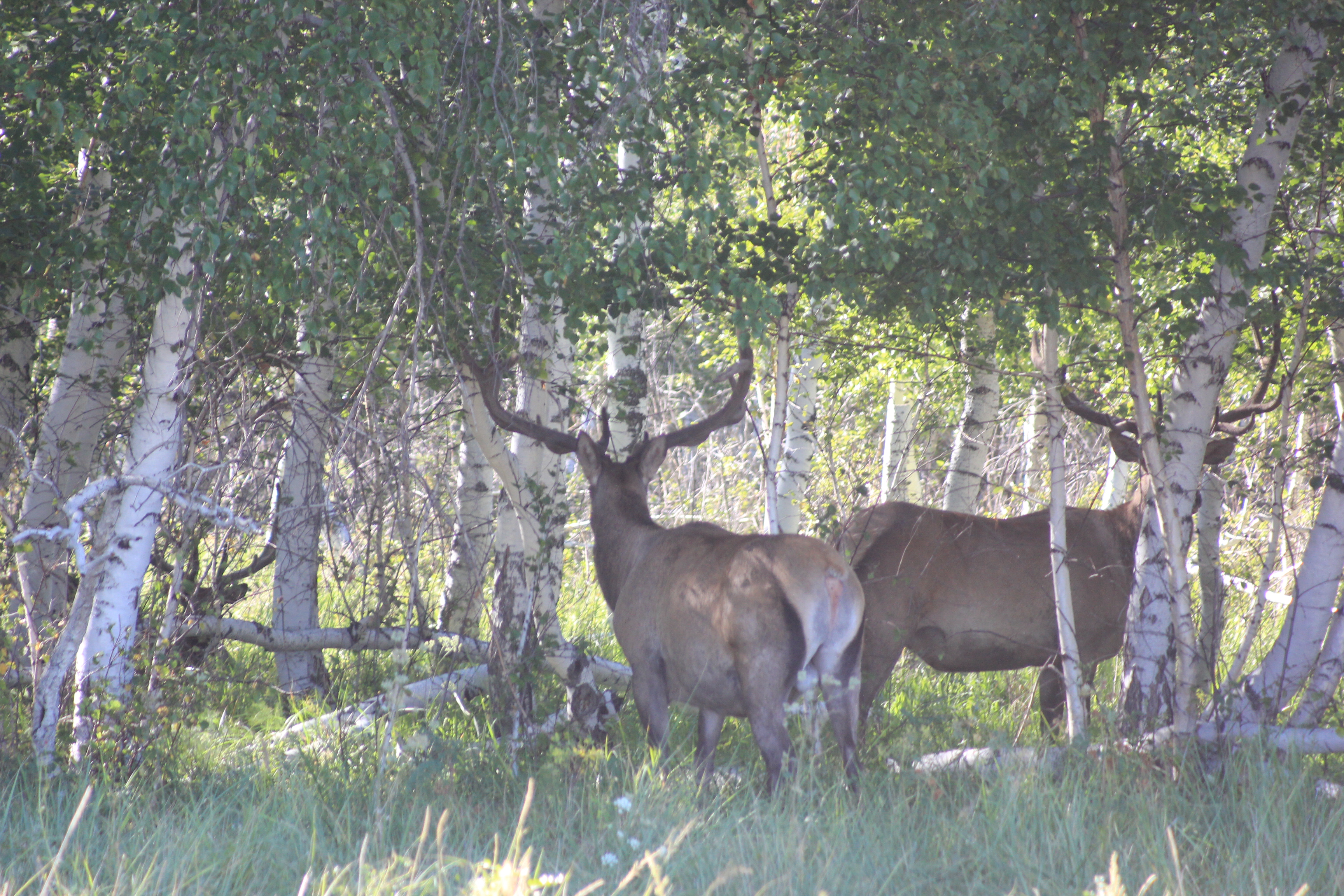 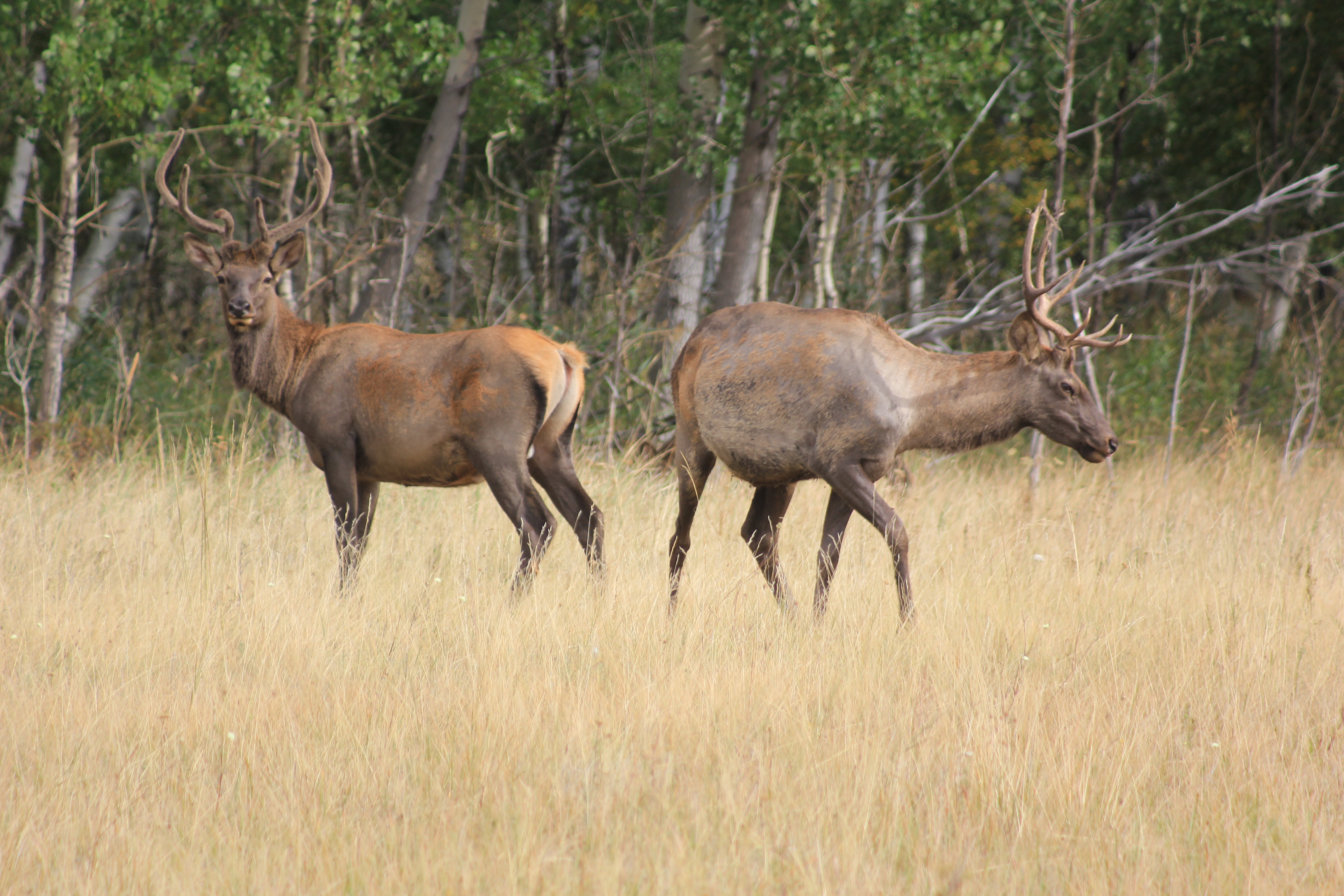 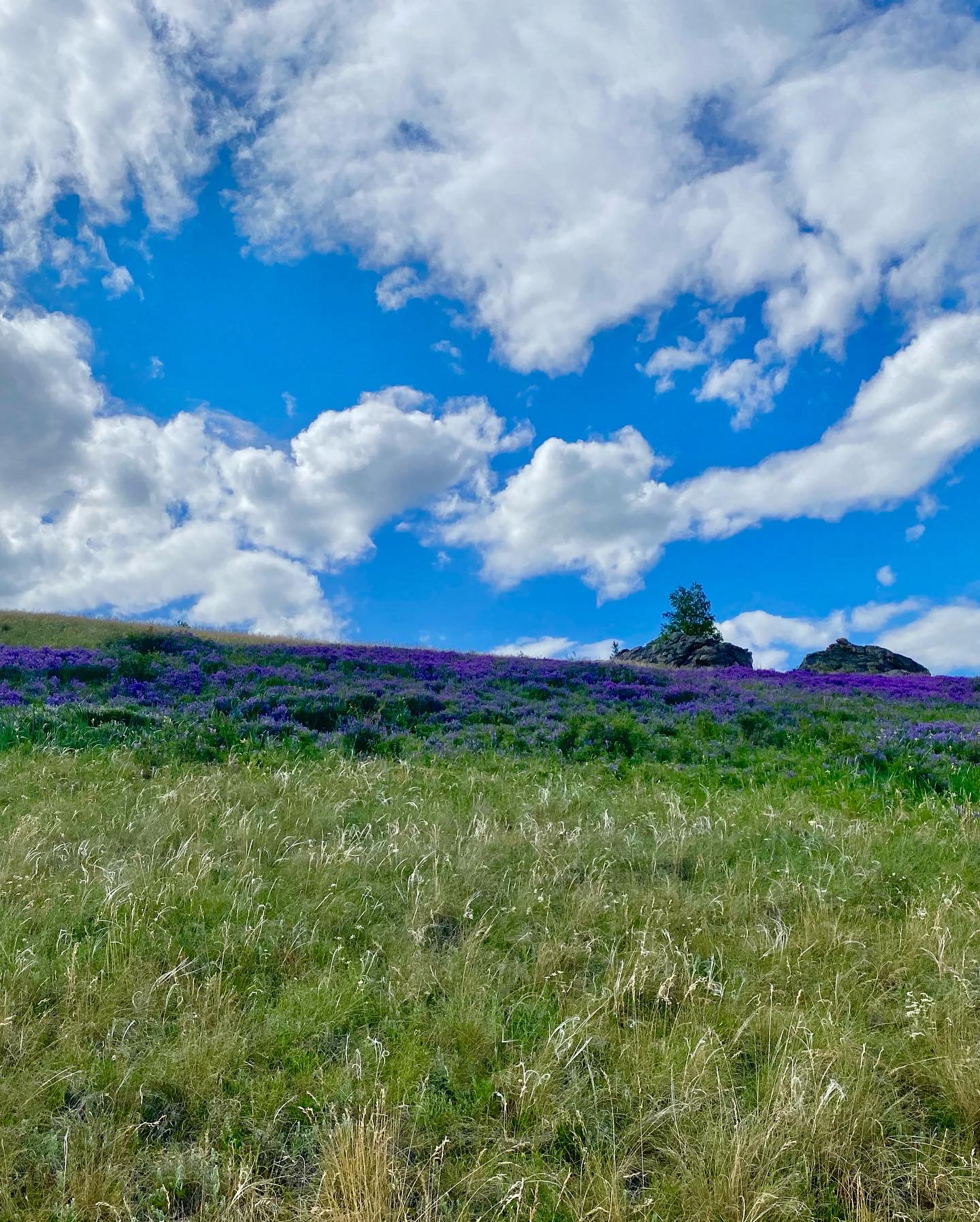 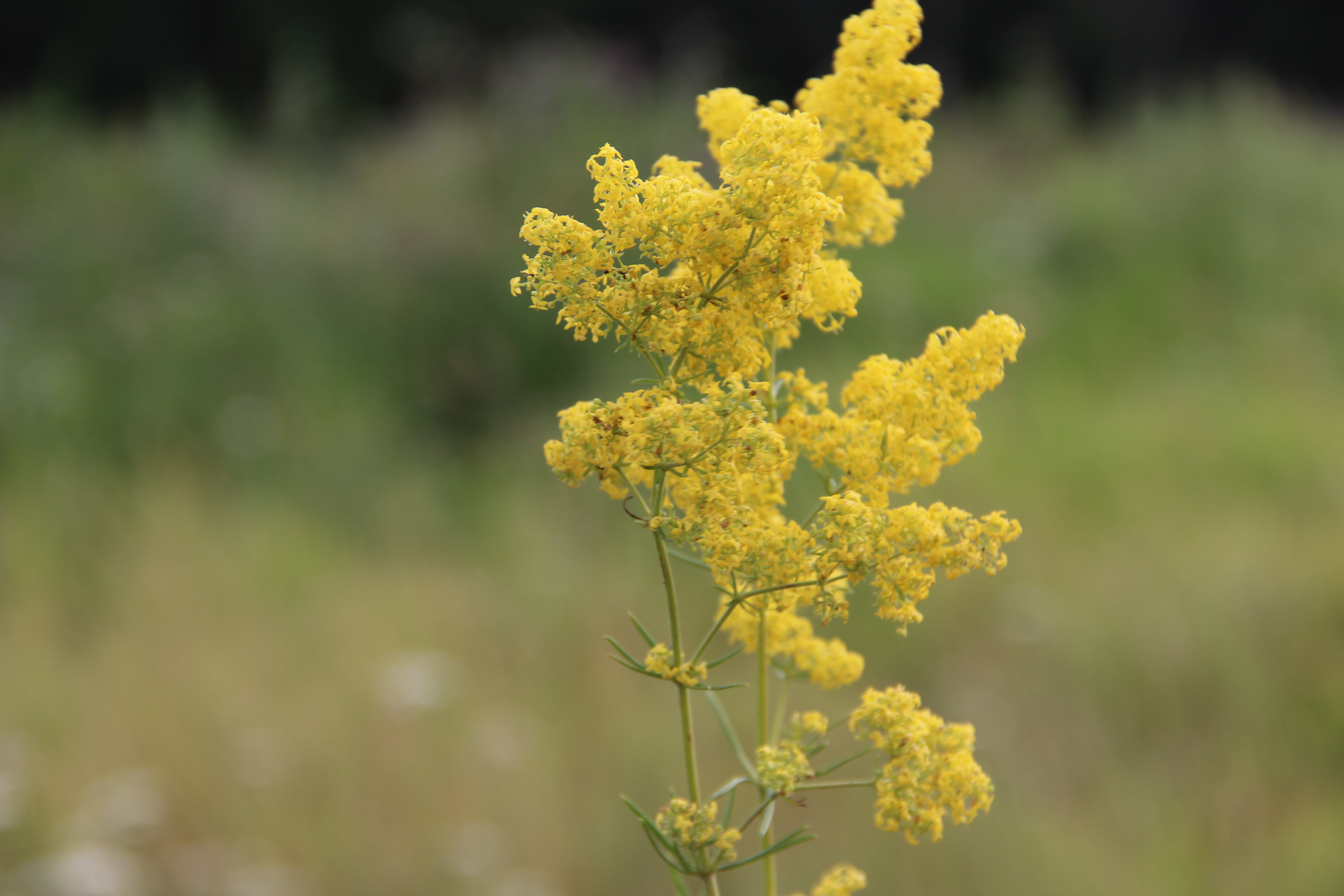 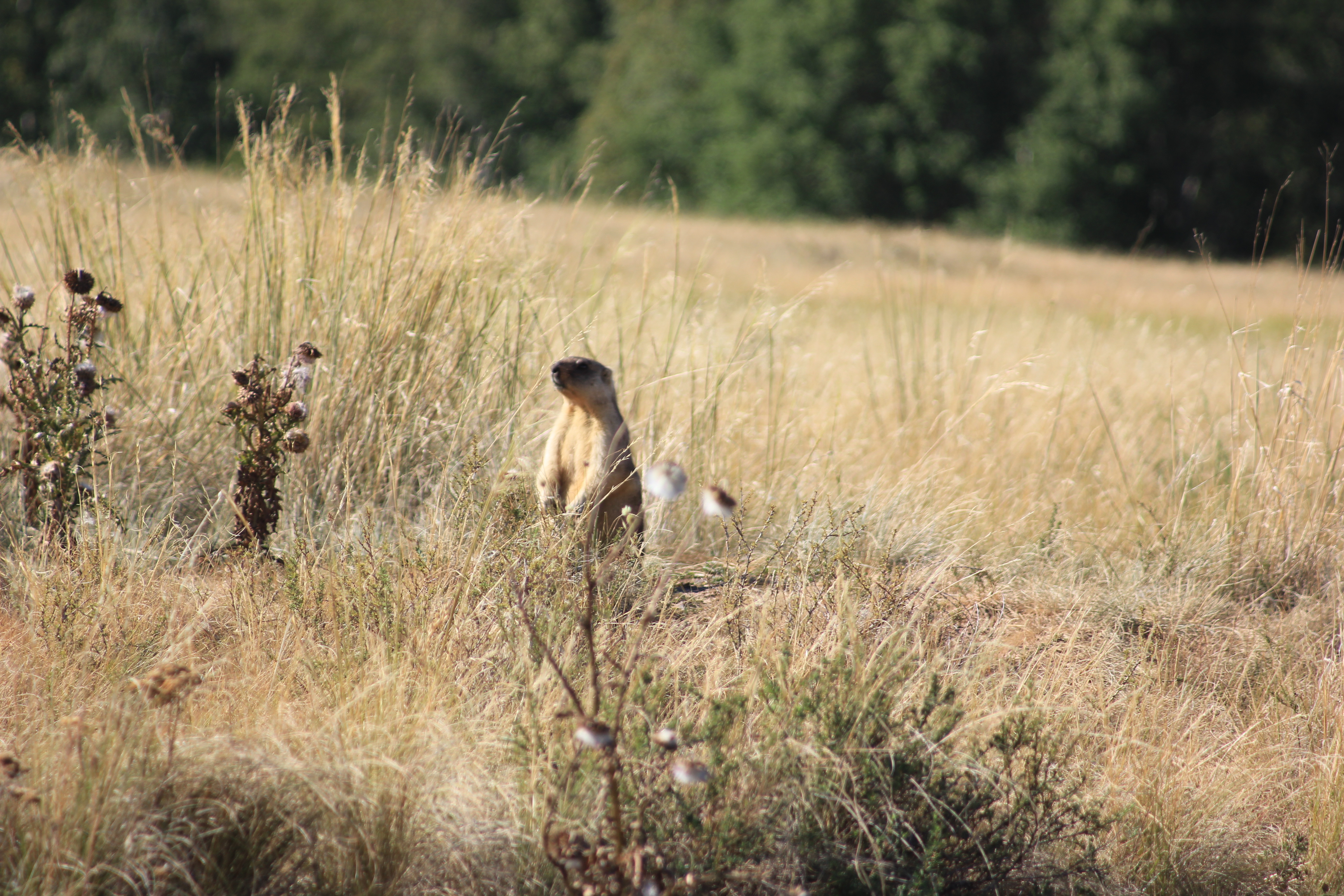 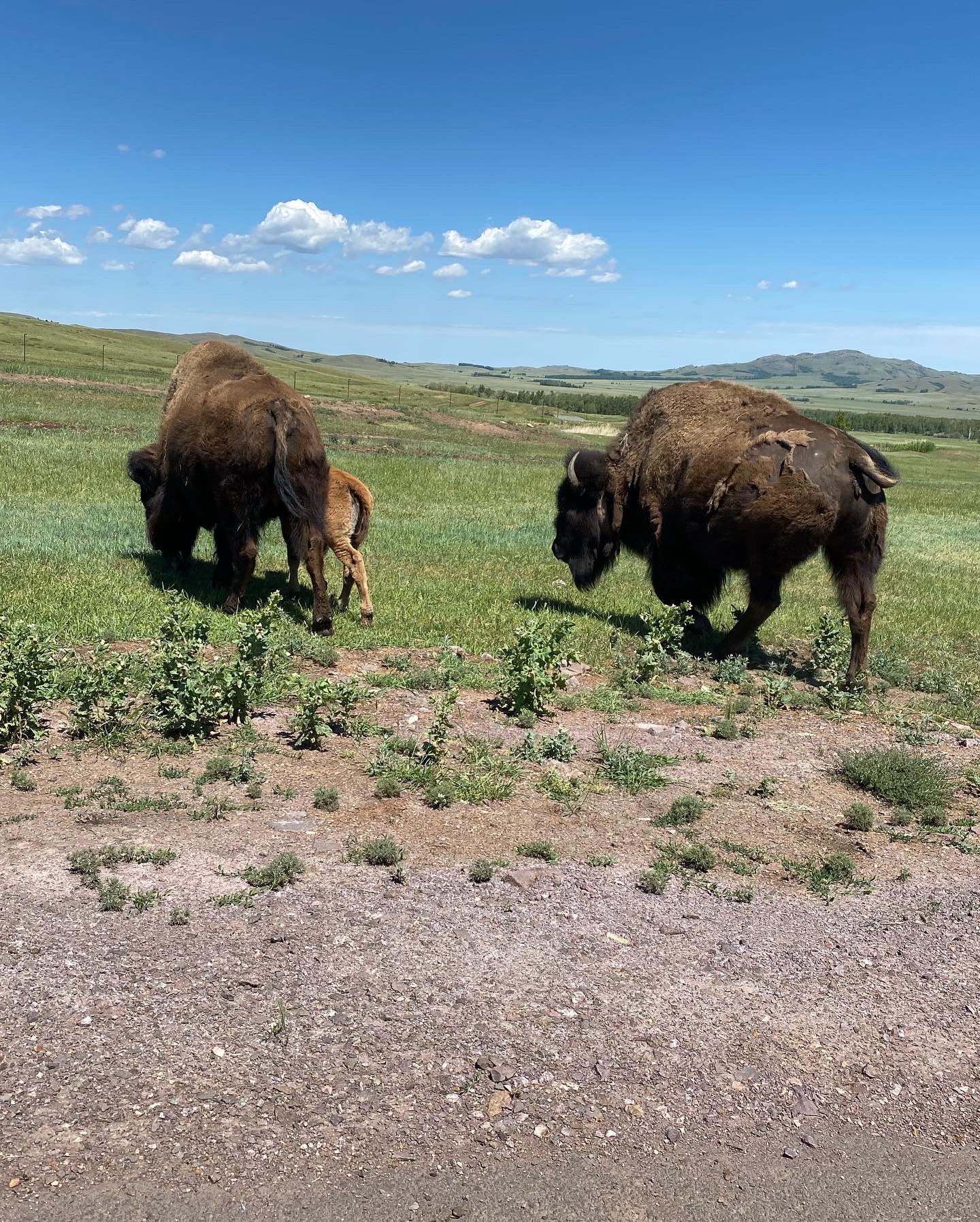 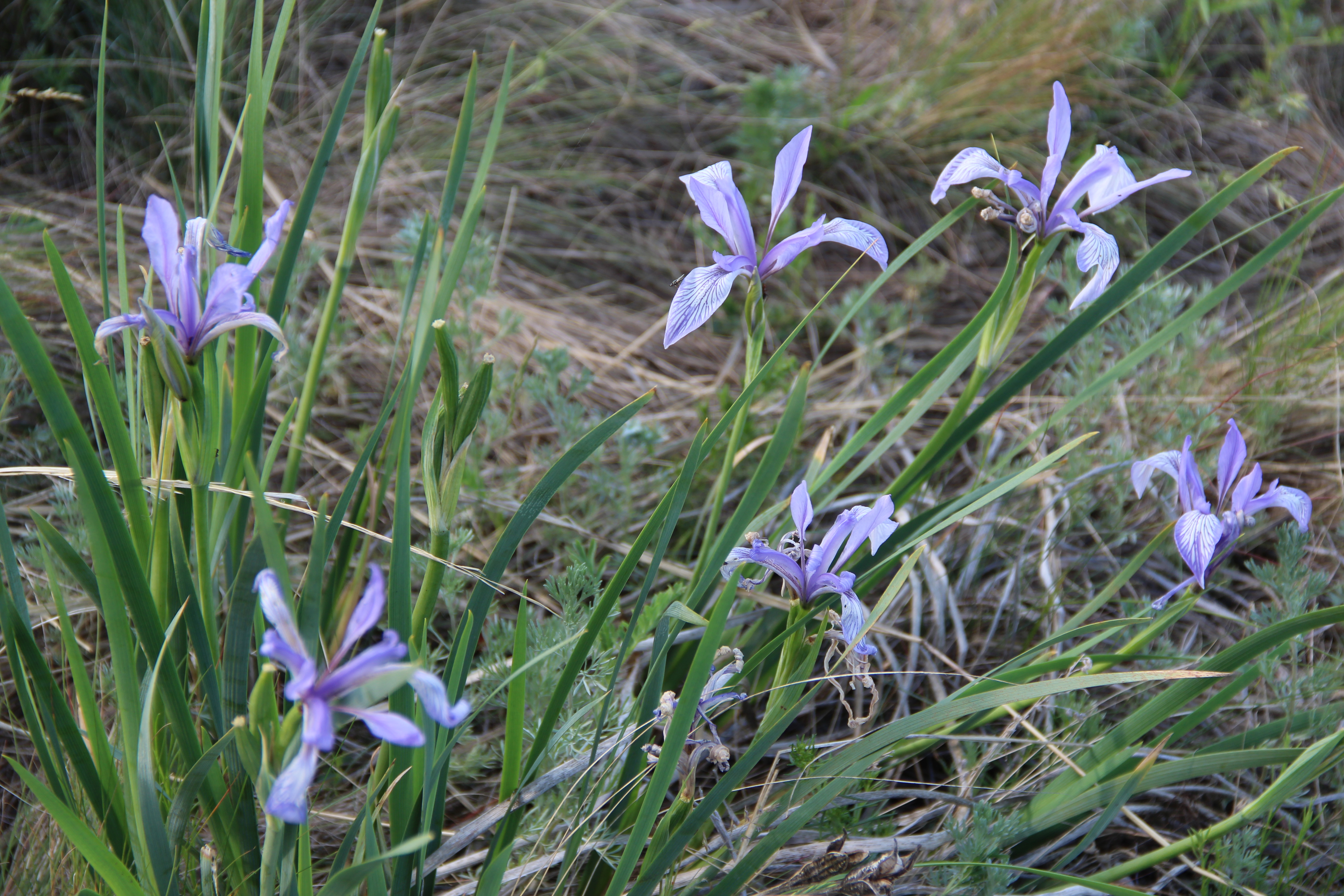 The fauna of the National Park has 55 species of mammals, including 1 species listed in the Red Book of the Republic of Kazakhstan, which constantly lives or occurs during seasonal migrations: the only representative of mammals and old-timers of these places is argali. The largest mammals belong to ungulates: these are elk, maral, argali, roe deer, wild boar. The park is also home to 2 species of fish, 3 species of reptiles and 2 species of amphibians.

The avifauna of the park includes 227 species of birds (46% of the total avifauna), of which 117 species of birds nest. The ornithological complex includes steppe, shrub, forest, meadow and wetlands. On the territory of the national park there are 13 species of nesting birds from the Red Book, including royal spoonbill, whooper swan, stiff-tailed ducks, scoter, steppe eagle, crane, bustard, little bustard, hazel grouse, owl and others. Along with this, there are 17 more species of insects.

On the territory of Buiratau SNNP RSE in the Belodymovsky branch, there is the largest aviary in Central Kazakhstan - 400 ha, which is located on the territory of Karaganda oblast, where marals (red deer) live.
Over the entire history of the aviary, over 291 red deer have been released into the natural habitat.
Azhbai Lake is the largest lake in the Buiratau National Park. The water is brackish, the shores are sandy and rocky, overgrown with reeds. In its waters you can meet golden carp, carp and sazan. Sport and amateur fishing is allowed.
On Bozaigyr Lake, you can meet mallard, northen pintails, greylag geese, whooper swans, lapwings and other representatives of the avifauna.
In addition, the highest mountains are located in the zone of the State Reserve: Kunshalgan and Akdym reaching a height of 950-1000 meters.
On the territory of Buiratau SNNP, as well as other specially protected natural territories of Kazakhstan, it is possible to conduct ecological tourism, which will allow solving numerous tasks focused exclusively on the development of scientific and educational types of ecological tourism. For these purposes, the park has independently developed 5 operating tourist routes: Zhaushoky, Zhaushoky 2, Karagaily, Zhuz Bulak Olkesi equestrian route, Belodymovsky. Zhaushoky, Zhaushoky 2, Karagaily routes operate on the Falcon Mountains section; the Zhuz Bulak Olkesi equestrian route is in the vicinity of Algabas village of the Yereimentau branch.
The Falcon Mountains land plot with an area of 4885 hectares, is located 135 km east of Astana city in the Yereimentau district, on the territory of the Yereimentau branch of Buiratau SNNP, among granite rocks and forests. The flora and fauna of the site is quite rich and diverse. Birch-aspen spikes, relict groves of black alder, bird cherry, mayflower, black currant, sylvan horsetail, briar rose and other grow here.
Meetings with roe deer, hares are not uncommon, there are foxes, ferrets, and wolf predators often come in. There are gray and white partridges, black grouse. On the tops of the mountains you can see golden eagle, falcon, etc.
One of the main sights of the Falcon Mountains site is the Aulie-Bulak spring. The spring water flows among the rocks through a pine forest mixed with birch spikes, covered with rosehip and juniper bushes. Banks of the spring are rocky with steep ascents.
Zhaushoky Mountain is 800 meters from the spring in the south-east direction. The height of the mountain is 450 meters above sea level.
In total, there are up to 16 mountain ranges on the territory. The mountains are attractive, first of all, because under the influence of various natural factors they have taken an interesting shape.
Falcon Mountains are alluring, first of all, because under the influence of various natural factors (temperature, wind, rain, etc.). They took on a fabulous and sometimes not quite real appearance. One of the mountains is the face of a stern warrior, the other is a huge mushroom, the third is a strange animal, and so on. Five low, small hills were christened by the people as five sisters. There is a special sight in these mountains – a small waterfall – crystal clear water, falls from a three-meter height, roughs, boils, foams, has a coolness and a special freshness, thickly mixed with the aromas of flowers and herbs.
On one of the routes there are graves and monuments of the Bronze Age - the archaeological cult monument of the Turkic periodб Kos Batyr, which means Two Batyrs in Russian.
In cultural and educational terms, Kumai, the archaeological and ethnographic complex is of great interest to tourists. Ancient settlements, burial grounds, religious and astronomical structures, the remains of wintering grounds, unique Turkic stone sculptures. Recreating samples of cultural heritage in a historical context will allow you to revive and visually come into contact with the traditional culture of the population of Kazakhstan.
In a number of villages bordering the territory of the national park, comfortable guest houses are organized in Karagaily, Balykty, Algabas villages. Tourists can be provided with catering services, accommodation with all amenities in guest houses and the escort of a guide. 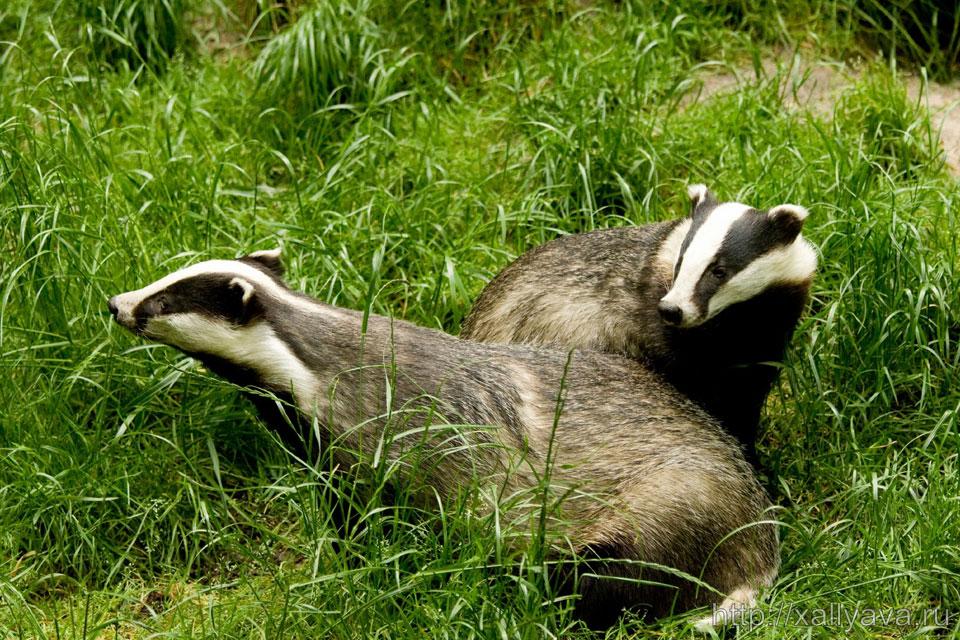 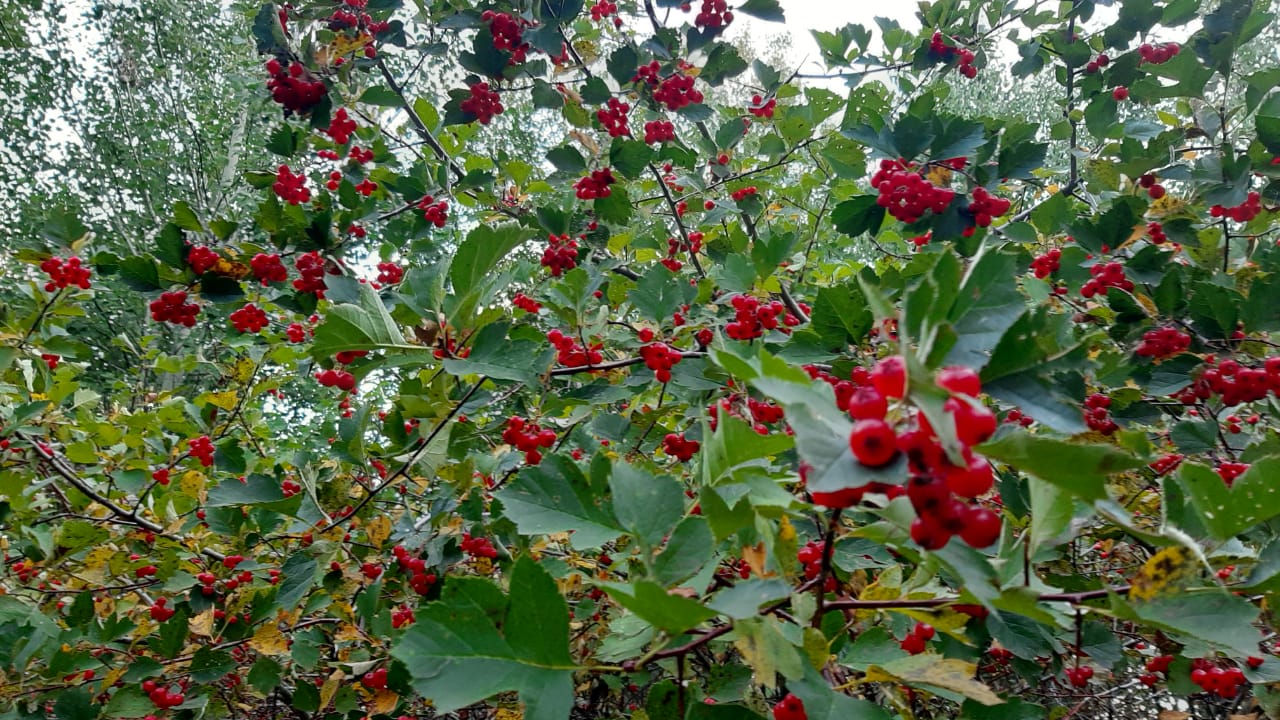 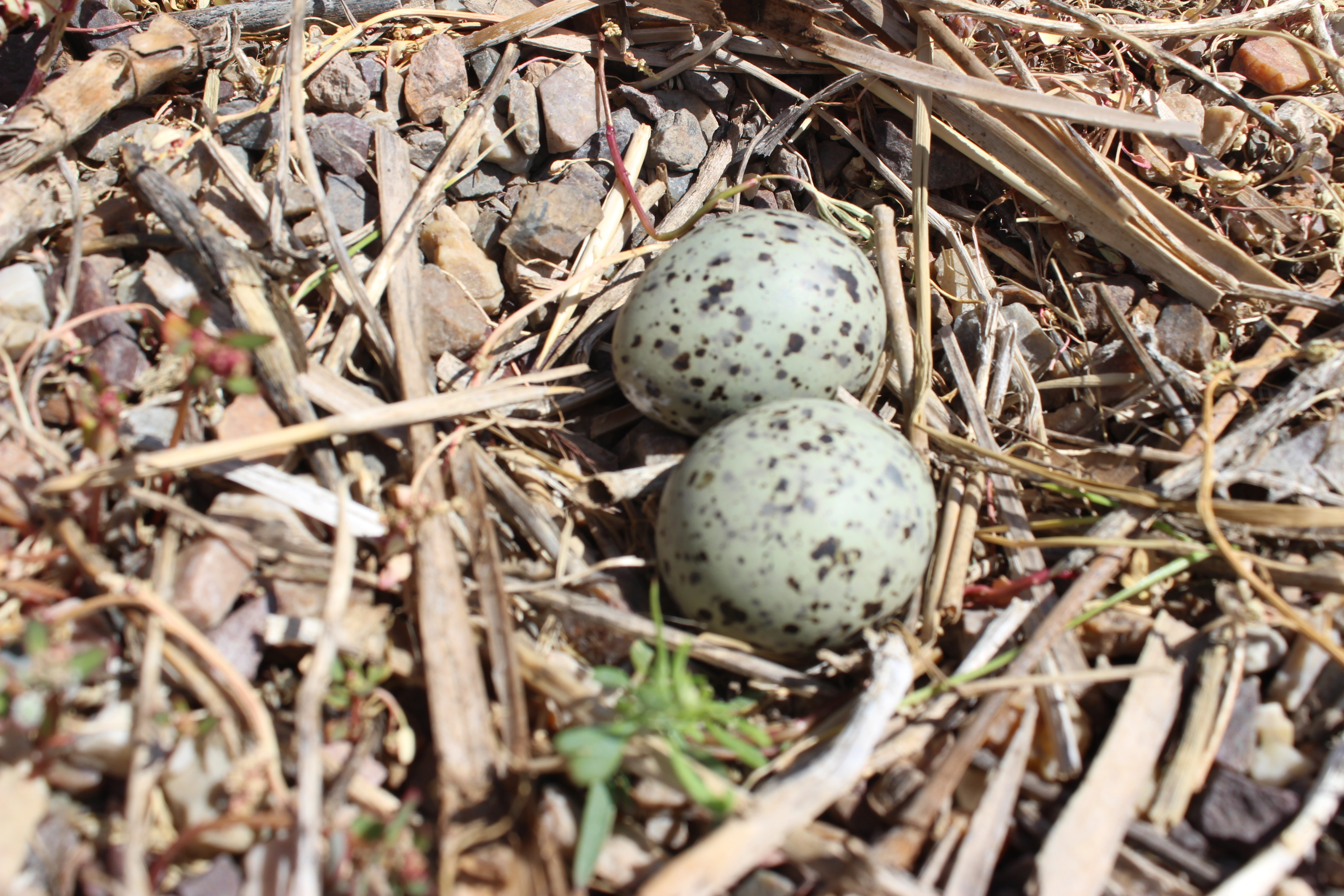 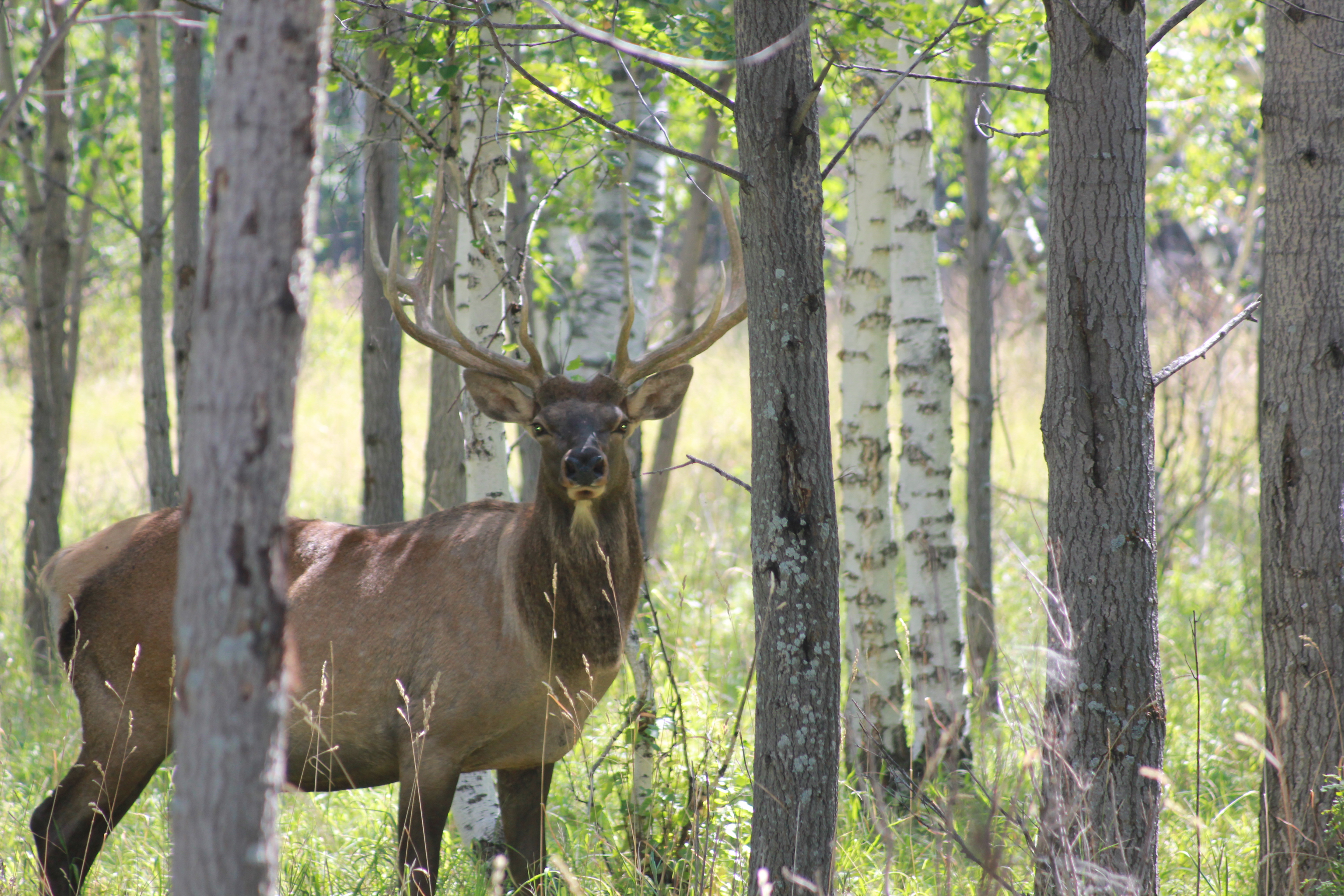 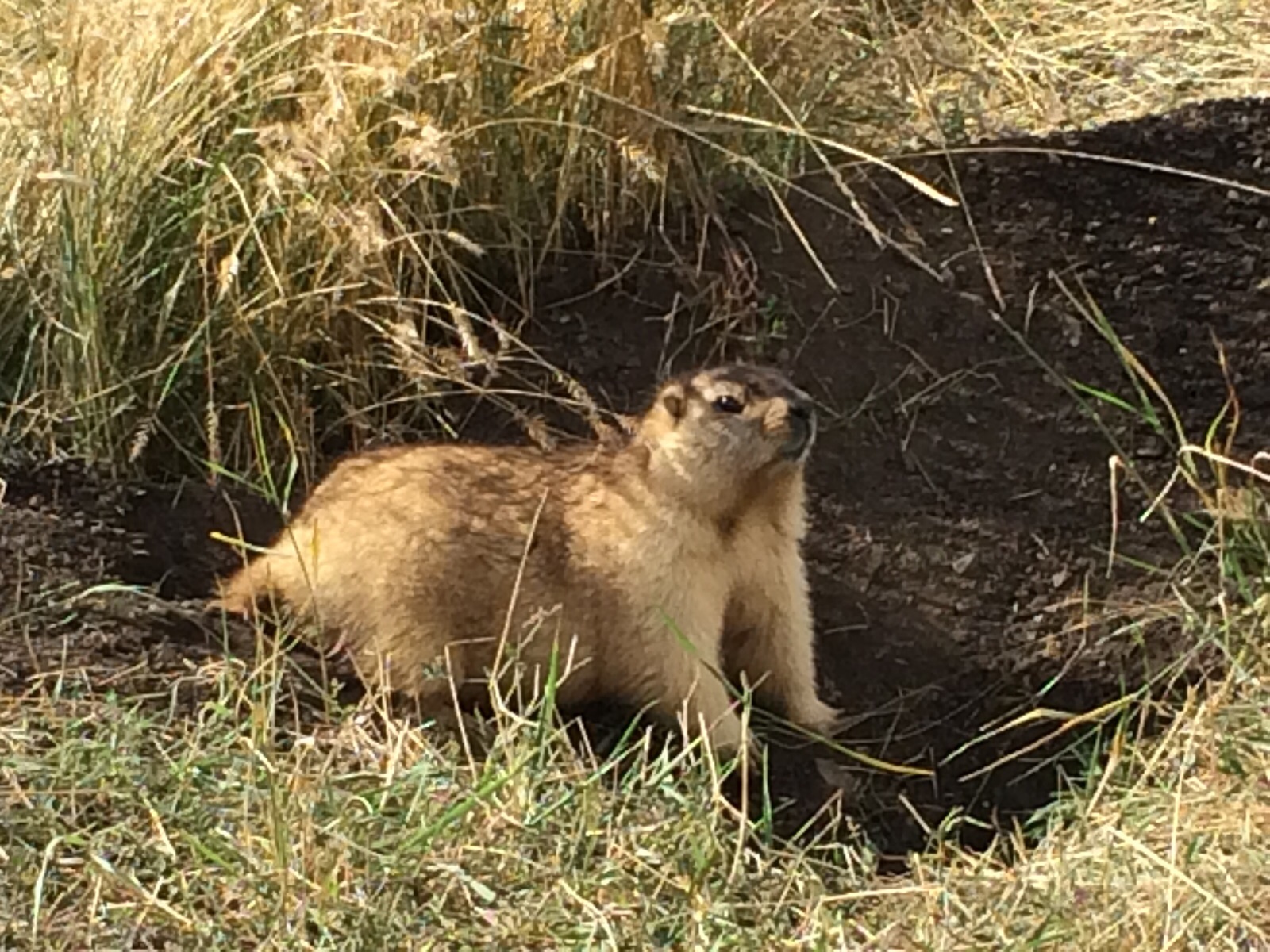 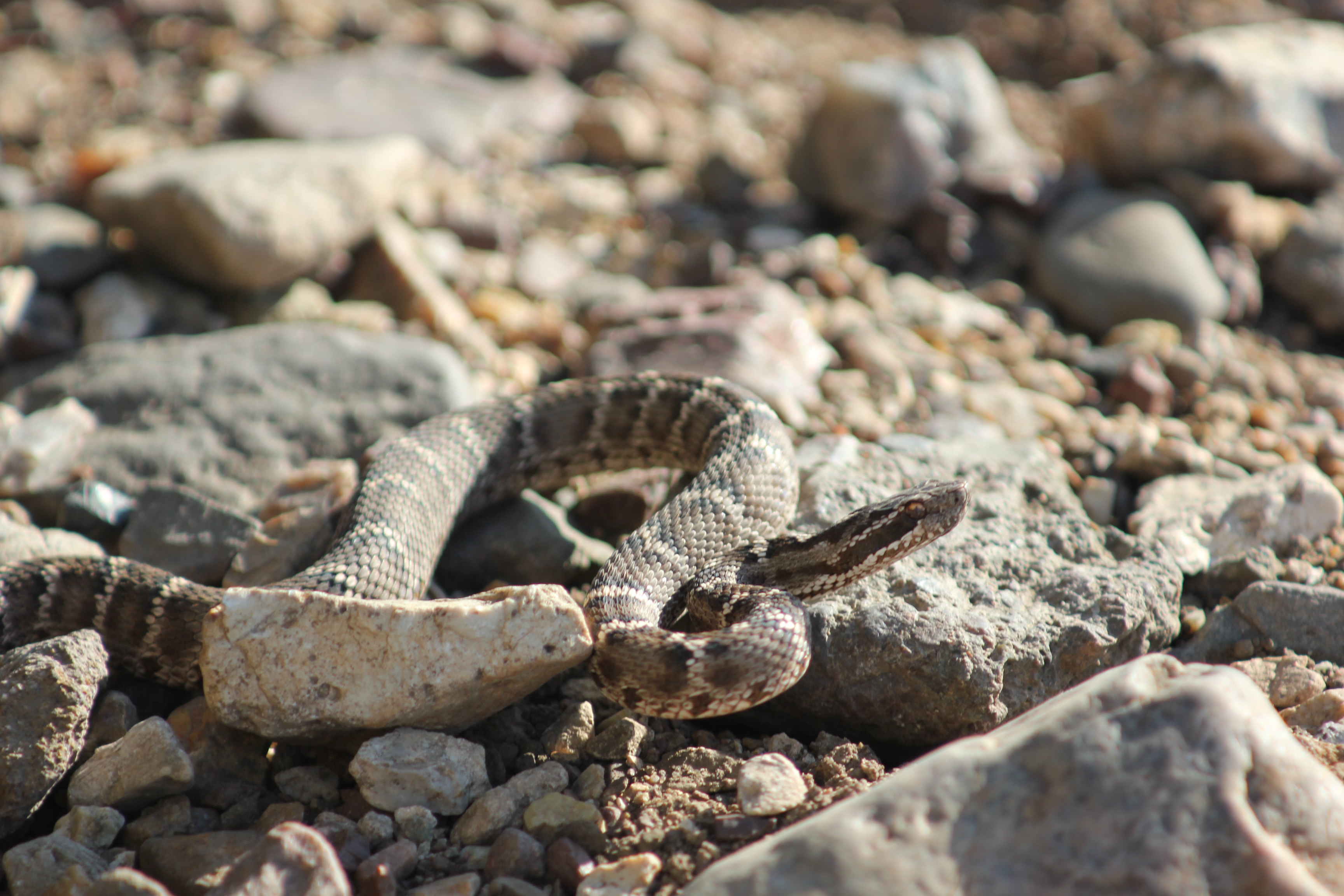