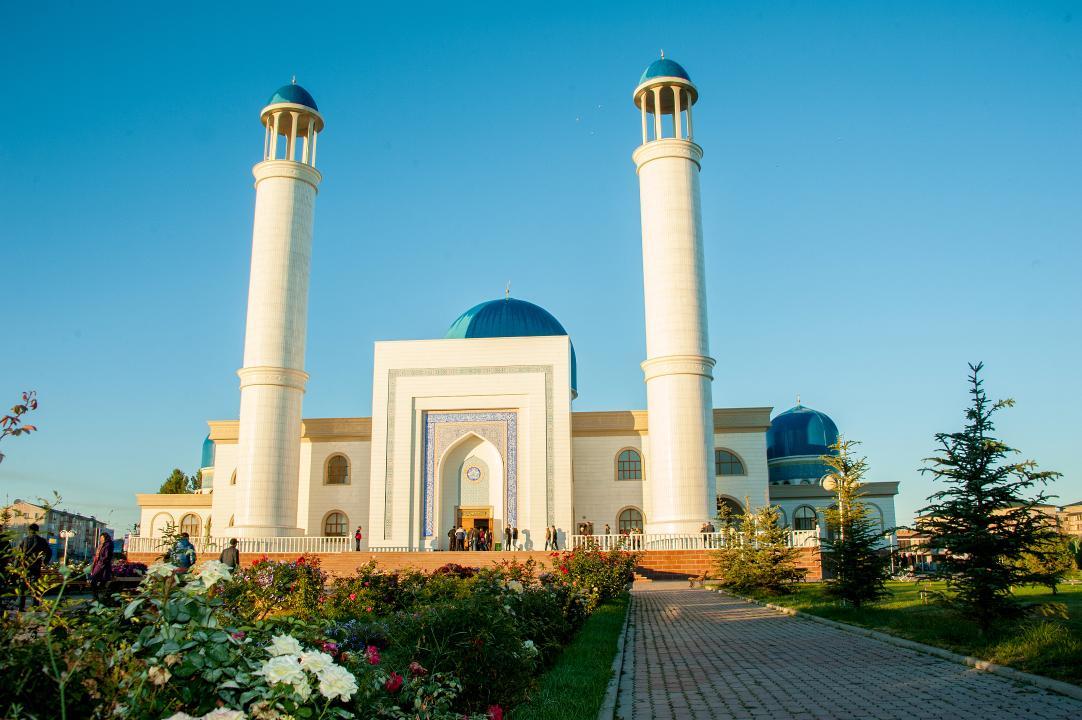 Almaty oblast (in Kazakh Алматы облысы, Almaty oblysy) is a region in the south-east of Kazakhstan. It was formed on March 10, 1932 as part of the Kazakh ASSR, until 1992 the spelling Alma-Ata oblast was adopted. Until April 2001, Alma-Ata was the administrative center of the oblast; in 2001-2022 the regional center was located in Taldykorgan, and in May 2022, Konayev city (formerly Kapchagai) became the center of the oblast. Local representative and executive bodies of the Almaty oblast, as well as territorial divisions and subordinate institutions of central state bodies before their relocation to Konyaev city are located in Taldykorgan city. The former Taldykorgan oblast with the center in Taldykorgan in the former borders under the new name Zhetysu oblast has been restored.

Almaty oblast borders the following regions of Kazakhstan: Zhambylskaya oblast in the west, Karagandinskaya oblast in the northwest (the water border runs along Balkhash Lake), Zhetysuskaya oblast in the northeast. In the east, the region borders with China (Xinjiang Uygur Autonomous Region), in the south with Kyrgyzstan (Chuiskaya and Issyk-Kulskaya oblasts). The oblast has a rather complex geographical characteristics and a very diverse terrain.
The north-western part is a semi-desert plain, in which the sand massifs of Taukum, Belsexeul, Moiynkum are distinguished. The relief is slightly inclined to Balkhash Lake and is cut by ancient riverbeds of Ili, Karatal, Aksu, Koksu, Lepsy, Ayagoz, the most significant of which is Bakanas. The mountain ranges: Zailiyskiy Alatau and the Dzungarian Alatau (Tien Shan mountain system) stretch as two separate massifs — in the south and east. At the junction of their gradually decreasing slopes, the middle channel of the Ili River is located. The slopes themselves abound with cones of the outflow of its tributaries (Charyn, Chilik, Almatinki, Kurty, etc.).


The region is located between the ridges of the Northern Tien Shan in the south, Balkhash Lake in the northwest and the Ili River in the northeast; it borders China in the east.
The entire northern half is occupied by the plain of the southern Semirechye, or Balkhash (altitude 300-500 m), slightly inclined to the north, crossed by dry channels — bakanas, with massifs of ridge and loose sands (Sary-Yesikatrau, Taukum). The southern part is occupied by ridges up to 5000 m high: Ketmen, Zailiysky Alatau and the northern spurs of Kungei-Alatau. From the north, the ridges are bordered by foothills and narrow foothill plains. The entire southern part is an area of high seismicity.


The north and northwest are almost devoid of surface flow; Ili River is the only river here; it forms a highly developed swampy delta and flows into the western part of Balkhash Lake. In the southern, foothill part, the river network is relatively thick; most of the rivers (Kurty, Kaskelenka, Talgar, Yessik, Turgen, Chilik, Charyn, etc.) originate in the mountains and usually do not reach the Ili River; rivers are lost in the sands or are used for irrigation. There are many small fresh lakes in the mountains (Bolshoye Almatinskoye, etc.) and mineral springs (Alma-Arasan, etc.).


The northern, plain part is characterized by a extremely continental climate, relatively cold winters up to -35°C, hot summers up to +42°C. Only 110 mm/ year of precipitation falls. In the foothill zone, the climate is milder, precipitation is up to 500-600 mm. Vertical zonation is clearly signified in the mountains; the amount of precipitation reaches 700-1000 mm per year. The growing season in the foothills and on the plain is 205-225 days.


In 1867, the Semirechenskaya oblast of the Russian Empire was established; in 1897 it was transferred to the jurisdiction of the Turkestansky Governor-General.
On April 30, 1918, the Semirechenskaya oblast became part of the Turkestanskaya ASSR. On October 22, 1922, the Semirechenskaya oblast was named Dzhetysuiskaya. On October 27, 1924, as a result of national-territorial demarcation, it was divided. The northern part of the oblast became the Dzhetysuiskaya province of the Kyrgyzskaya ASSR, the southern part became part of the Kara—Kirghizsky Autonomous Okrug, directly subordinate to the RSFSR.
In January 1928, the Dzhetysuiskaya province was abolished, and its territory was distributed between the Alma-Atinsky and Semipalatinsksky Okrugs of the Kazakhskaya ASSR. In December 1930, the Okrugs were abolished, the districts were enlarged, and transferred to direct subordination to the republican authorities.
On March 10, 1932, the Alma-Atinskaya oblast of the Kazakh ASSR (as part of the RSFSR) was formed, from December 05, 1936 — as part of the Kazakhskaya SSR with the center in Alma-Ata city. The region consisted of 18 districts.
At the end of 1939, part of the districts was transferred to the Dzhambulskaya and Semipalatinskaya oblasts, 23 districts remained as part of Alma-Atinskaya oblast, including 7 newly formed ones.
In March 1944, Taldy-Kurganskaya oblast was allocated from its composition, where 11 districts were transferred.
At the end of 1959, Alma-Ata cist was separated from the oblast. In the same year, Alma-Atinskaya and Taldy-Kurganskaya oblasts were merged, then in 1968 Taldy-Kurganskaya oblast was again allocated.
The last unification of two oblasts — Almatinskaya and Taldykorganskaya took place in 1997.
The region consists of 17 districts and 3 cities of regional subordination (Taldykorgan, Konayev, Tekeli).
In accordance with Decree of the President of the Republic of Kazakhstan No.585 of April 14, 2001 “On relocation of the regional center of Almatinskaya oblast”, Taldykorgan city became the regional center.
On September 02, 2019, the territory of 10.92 km2 was excluded from the region and transferred to Zhambylskaya oblast.
By the decision of the President, K.K. Tokayev, in 2022 Konayev city became the new center of Almatinskaya oblast, renamed from the old name Kapshagai, and Zhetysuskaya oblast was re-allocated from its composition, in the former borders of ex-Taldykorganskaya oblast.