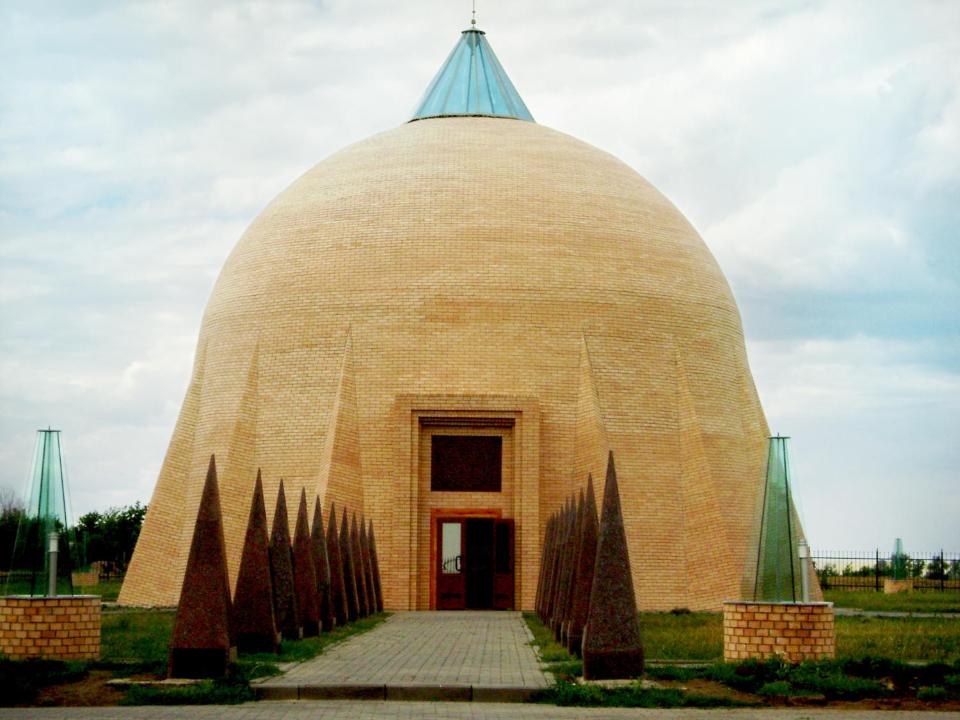 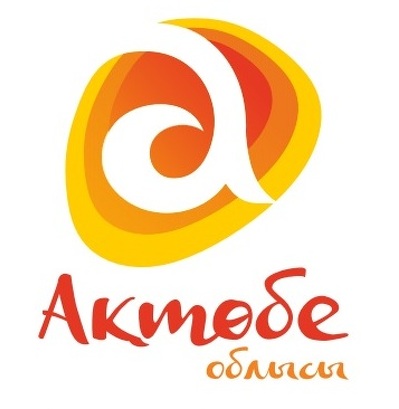 Aktobe oblast (in Kazakh Ақтөбе облысы, Aqtöbe oblysy) is a region in the western part of Kazakhstan. Aktobe oblast is the largest in terms of territory among the regions of Kazakhstan (after the separation of Ulytau oblast from the Karaganda oblast), and the regional center, Aktobe, is the largest in terms of population among the regional centers of Kazakhstan. The area is 300,629 km2 (1st place in Kazakhstan), which is 11% of the territory of Kazakhstan. The population is 924.4 thousand people as of September 01, 2022[2].
It was formed as a result of the administrative-territorial reform on March 10, 1932 as part of the Kazakh ASSR. Historically, it was preceded by the Aktobe district, which existed in 1921-1928. In 1936, the region became part of the Kazakh SSR, separated from the RSFSR, and since 1991, after the USSR collapse, as part of the independent Republic of Kazakhstan.
The region borders in the north with Orenburg oblast of Russia, in the northeast with the Kostanai oblast, in the southeast with the Ulytau and Kyzylorda oblasts of Kazakhstan, in the south with the Republic of Karakalpakstan of Uzbekistan, in the southwest with Mangystau oblast, in the west with Atyrau oblast, in the northwest with West Kazakhstan oblast of Kazakhstan.
The administrative center is Aktobe city (from 1891 to 1999 — Aktyubinsk, hence the name of the region).

Aktobe oblast is located in Western Kazakhstan between 51 and 45 degrees north latitude and 49 and 64 degrees east longitude. The length of the territory from west to east is about 800 km, from north to south — about 700 km. The air-line distance from Aktobe to Astana is about 1000 km, by road — 1500 km.


Aktobe oblast is located between the Caspian lowland in the west, the Ustyurt plateau in the south, the Turan lowland in the southeast and the southern spurs of the Urals in the north. Most of the region is a plain divided by river valleys, 100-200 m high. In the middle part, Mugodzhary stretches (the highest point is Bolshoy Baktybai Mount, 657 m). In the west of Aktobe oblast there is the Poduralskoye plateau, in the south-west passing into the Caspian lowland; in the south-east there are arrays of bumpy sands — the Aral Karakum and Large and Small Badgers. In the northeast, the Turgai plateau, cut by ravines, enters the Aktobe oblast.


The rivers of Aktobe oblast belong to the drainless basins of the Caspian Sea and small lakes, the sources of the rivers are located in Mugodzhary. The largest rivers are Emba (712 km), tributaries of the Urals — Or (314 km) and Ilek, as well as Turgai (825 km) with a tributary Irgiz (593 km), Uil (800 km), and Sagiz. Many rivers are low-water, dry up in summer or break up into patches [3].
There are many lakes (more than 150), mainly small and medium salty (for example, Aike); some of them, drying up, form salt marshes (for example, Shalkarteniz, which fills with water only in spring). Shallow rivers and salt lakes are almost not suitable for economic purposes. In this regard, fresh groundwater is widely used.
The Kargaly reservoir with an area of 28.5 km2 and a capacity of 280 million m3 is dammed on the Kargaly River.


In the II millennium BC, Andronovskiye (Alakul) tribes lived on the territory of Northern and Western Kazakhstan. The basis of their economy was nomadic cattle breeding and hoe farming. In the steppes of Aktobe oblast, two types of grave structures were found — ring-shaped stone fences and mounds. The culture of the Middle Bronze Age (26/25—20/19 centuries BC) includes finds on the Kargaly River near Aktobe.
According to written sources, in the VIII—X centuries, representatives of the Turkic tribal unions of Kipchaks, Kimaks and Oghuz lived in the region, whose were mainly occupied with nomadic cattle breeding. Some Kimaks migrated to the steppes between the Urals and Emba in winter, and spent the summer in Irtysh oblast. By the X century, most of the Oghuz settled in the steppes near the Aral and Caspian Seas, they wandered along Irgiz, in the foothills of Mugodzhar, along Emba, Ural, on the shores of Aralsor and Uil. Several Oghuz fortresses were found: Nudzhakh and Badagakh in the area of the Mugodzhar ridge, Daranda (Dendera) and Darku between the northeastern slopes of Mugodzhar and the spurs of the Southern Urals.
In the XI—XII centuries, the territories of Aktobe oblast were part of the vast possessions of the Kipchak tribes. In the process of the Mongols’ conquest of Central Asia, this region became part of the Mongol Empire, and after its collapse became part of the Golden Horde. After the disintegration of the Golden Horde began in the XIII—XIV centuries, these lands became part of several newly formed Turkic-Tatar khanates. Eventually, the territory of modern Aktobe oblast became part of the Kazakh Khanate. The territories of Western Kazakhstan belonged to the tribal associations of Alshyn (alimuly and baiuly) and Zhetyru, which together formed the Junior Horde (zhuz).
During the reign of Anna Ioannovna, the Junior and Middle zhuzes were accepted into the citizenship of Russia and until the 1920s were subject to the border management system. Then the khan’s dignity was abolished in the Junior Zhuz, and the Orenburg Kyrgyz steppe was divided into three parts: Western, Middle and Eastern, which were ruled by sultans. At the end of the 1850s, these steppes were introduced into the empire on a general basis, with the transfer from the jurisdiction of the Ministry of Foreign Affairs to the department of the Ministry of Internal Affairs. The Orenburg Kirghiz steppe was renamed the Orenburg Kirghiz oblast and the border commission was renamed the Orenburg Kirghiz regional board.
In 1865, the Orenburg Kirghiz oblast was divided into two: Ural (from the lands of the Ural Cossack army, the western and small space of the middle part of the Orenburg Kirghiz oblast) and Turgai (from the rest of the Orenburg Kirghiz oblast). “The Temporary Regulation on Governance in the Steppe Regions of the Orenburg and West Siberian General Governorates” dated July 11, 1867 consolidated at the legislative level the annexation of Kazakh territories to the Russian Empire and marked the beginning of the final stage of this historical process[6]. The direction to the southeast of Orenburg, which was a strong point in the colonization of these rich lands, seemed very attractive to Russian court strategists [7].
In May 1869, a detachment of two foot companies, hundreds of Cossacks and 14 guns, commanded by adjutant Count von Borg, headed for the Ileka and Hobda interfluve. At the insistence of the military governor of the region, Lev Balluzek, who was part of the detachment, on May 15 (28) (or May 14 (27)), the Ak-Tube fortification was laid on two hills in the stow at the confluence of the Ilek and Kargaly Rivers
After the Aktobe oblast formation
Aktobe oblast was established on March 10, 1932. Initially, the region consisted of 17 districts: Adamovsky, Akbulaksky, Aktuibinsky, Aralsky, Batpakkarinsky, Dzhetygarinsky, Irgizsky, Karabalyksky, Klyuchevoi (modern Alginsky), Kustanaisky, Mendygarinsky, Semiozerny, Tabynsky (modern Baiganinsky), Temirsky, Ubagansky, Hobdinsky, Chelkarsky (modern Shalkarsky). In the same year, the Martuksky district was separated from the Akbulaksky district, and the Akbulaksky district itself was transferred to the Orenburg oblast.
In 1936, the Kostanaiskaya oblast was formed from 11 districts of the Aktyubinskaya oblast. In 1938, the Aralsky district was transferred to the Kzyl-Ordinskaya oblast. In the same year, the Rodnikovsky district was formed in the region. By October 01, 1938, there were 13 districts in the oblast (Irgizsky, Karabutaksky, Klyuchevoi, Martuksky, Novorossiysky, Rodnikovsky, Stepnoi, Tabynsky, Temirsky, Uilsky, Hobdinsky and Chelkarsky) and Aktyubinsk - the city of regional subordination.
On August 23, 1940, Tabynsky district was renamed Baiganinsky.
On September 26, 1957, the Rodnikovsky district was abolished.
By 1958, there were 12 large districts in the oblast. The territories of modern Mugalzhar district were occupied by Dzhurunsky district, and Kargalinsky — Stepnoi district.
On January 02, 1963, the Baiganinsky, Dzhurunsky, Irgizsky, Klyuchevoi, Stepnoi and Uilsky districts were abolished. The remaining districts have been transformed into rural areas. The Alginsky rural and Kandagachsky industrial districts were formed.
On December 31, 1964, the Kandagachsky industrial district was abolished. The Baiganinsky, Irgizsky and Uilsky rural districts were formed.
In January 1965, the rural districts were transformed into “common” districts.
On January 31, 1966, Komsomolsky, Leninsky and Mugodzharsky districts were formed, and Temirsky district was renamed Kandagachsky.
On January 11, 1967, Kandagachsky district was renamed Oktyabrsky.
On December 4, 1970, Aktyubinsky district, on March 10, 1972 — Temirsky district, on February 15, 1977 — Issataisky district were formed.
After the declaration of independence of the Republic of Kazakhstan, Aktyubinsky, Issataisky, Karabutaksky and Oktyabrsky districts were abolished and became part of other districts of the oblast.