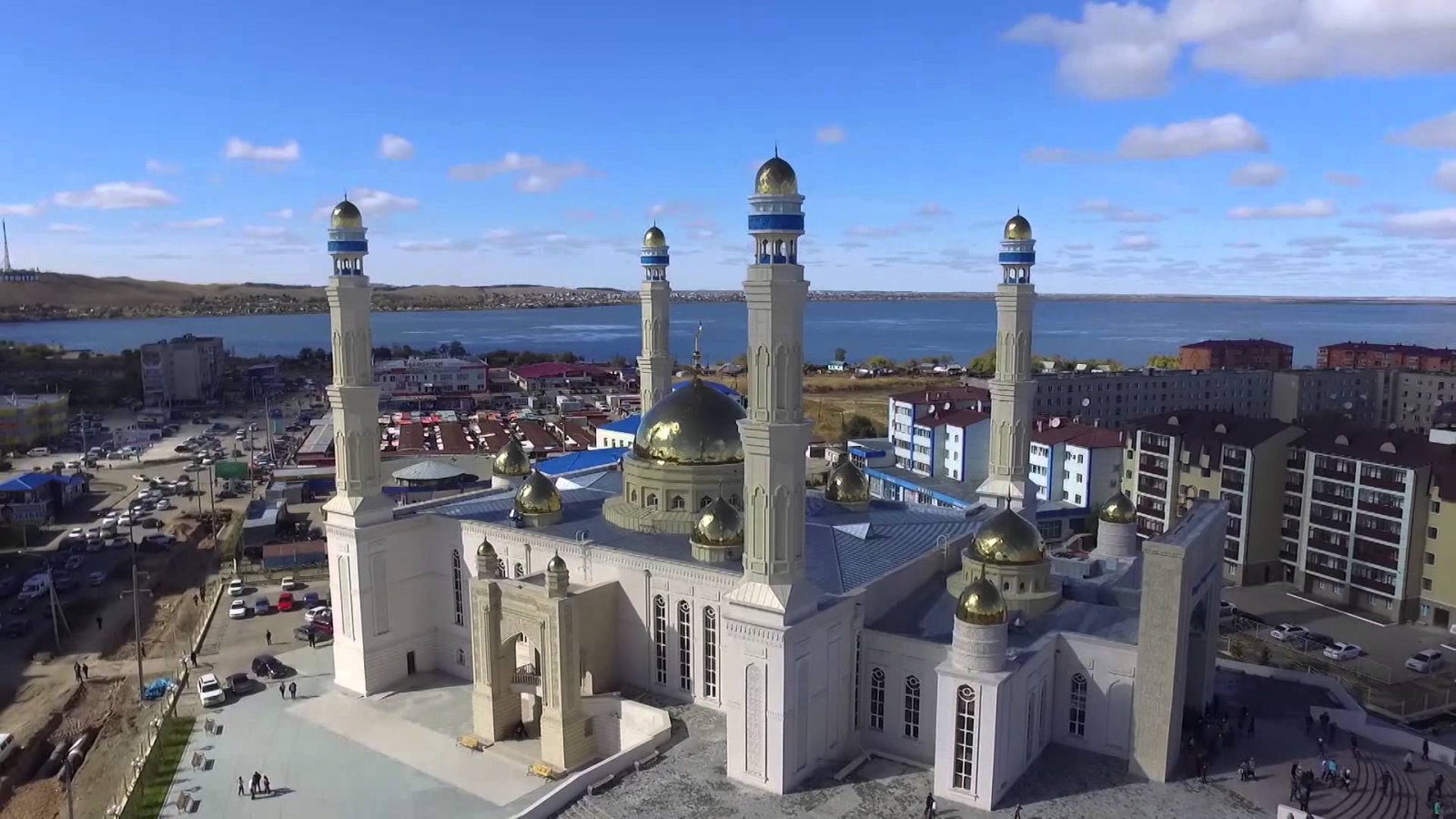 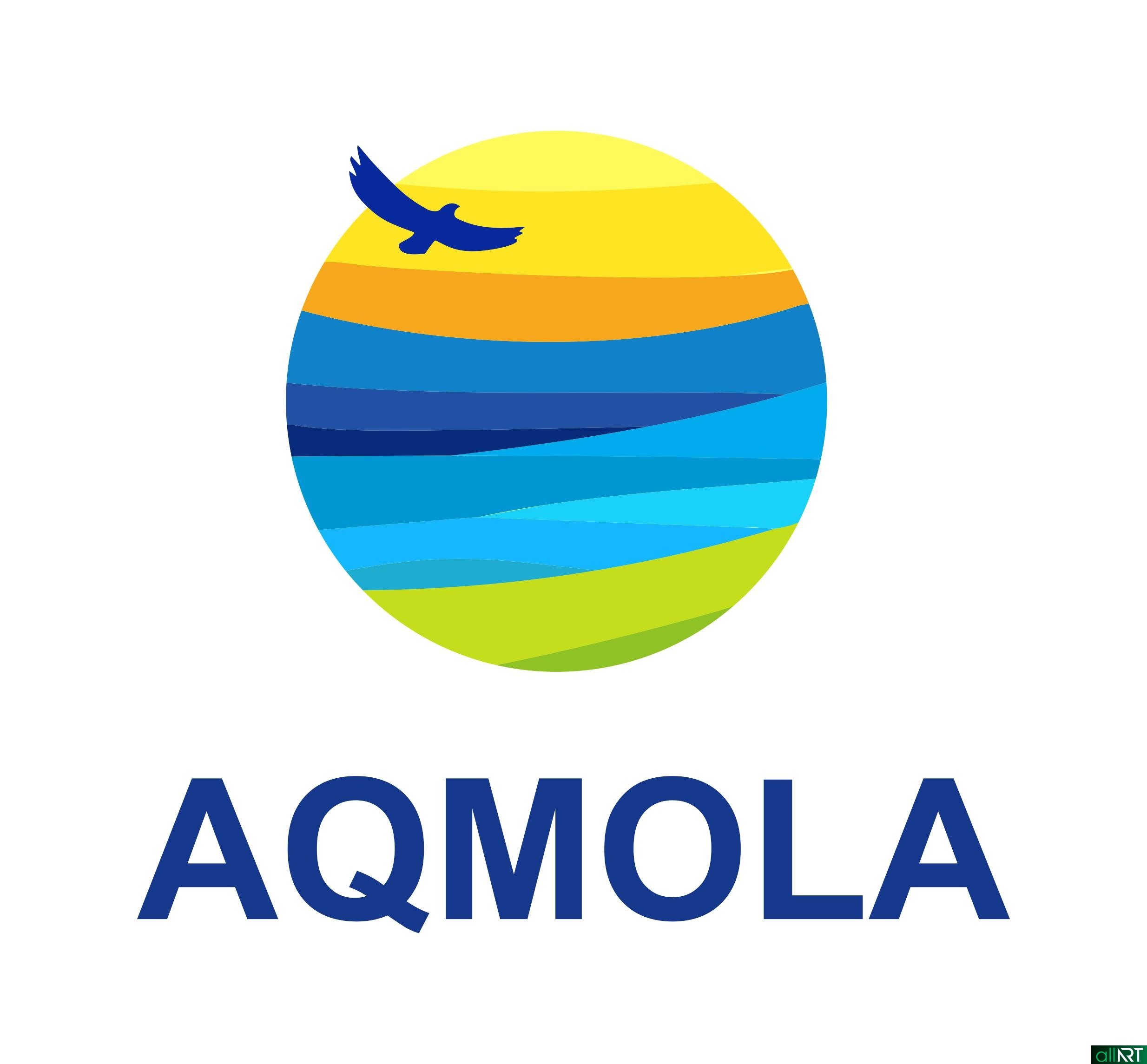 Akmola oblast (in Kazakh Ақмола облысы, Aqmola oblysy) is a region in Northern Kazakhstan. The enclave surrounded by the territory of the oblast is the capital of Kazakhstan, Astana, which is administratively not part of the oblast.
Kokshetau is the administrative center (since 1999).

Akmola region occupies the western edge of the Kazakh folded country between Ulytau Mountains in the southwest and Kokshetau heights in the north. The general slope of the terrain is from east to west. In the same direction, the middle part of the Akmola region is crossed by the valley of the Ishim River, which turns steeply to the north not far from the western border of the oblast. In terms of the nature of the relief, Akmola oblast can be divided into 3 parts: the north-western — plain, the south-western — plain with separate hills and the eastern — elevated part of the Kazakh folded country. The north-western part (adjacent to Ishim Valley, at the site of its turn to the north) is a flat plateau, dissected by dry ravines and gullies. To Ishim Valley, the plateau ends with a ledge. In the southwestern part of Akmola oblast (south of Ishim River) there is an elevated plain. Numerous hills with flat tops are scattered on it, and in the depressions between the hills there are shallow salt and fresh lakes of various sizes. In the east of Akmola oblast is that part of the Kazakh folded, once mountainous, country, leveled by the processes of destruction (denudation), in which a compicated complex of hills, ridges and hummocks with soft outlines of slopes, called here hills (the so—called hillocky area), has been preserved. The relative height of the hills is from 5-10 m to 50-60 m and less often up to 80-100 m. The shape and size of the hills vary depending on the composition of the composing rocks. The highest hills with rounded tops are usually composed of granites, hills with even more gentle slopes and soft—textured peaks are porphyry and, conversely, peaked hills, as a rule, are quartzites. Closed basins between the hills, ranging in size from several tens of meters to several tens of kilometers in diameter, are often occupied by lakes. The extreme northeastern part of the Akmola region lies within the West Siberian Lowland.

Akmola oblast is poor in waters. Rivers are shallow, non—navigable, fed by meltwater and to a lesser extent by groundwater sources. In summer, rivers often dry up, the water in them becomes salty. The main rivers of Akmola region: Yessil (Ishim (tributary of Irtysh) and its tributaries: Ters-Akkan — on the left, Zhabai, Koluton, etc. — on the right. Many rivers end in drainless lakes (Nura, Selenta, and Ulenta rivers). Dozens of lakes occupy the basins of the hillocky area and the high plain of Akmola oblast. The largest of them are the salt lakes Tengiz (near the border with Karaganda oblast) about 40 km wide, Kalmyk-Kol, etc., smaller in size — freshwater Ala-Kol, Shoindi-Kol and many others. Due to the low-lying shores, many lakes change their outlines in strong winds.
The soil and vegetation cover of Akmola oblast is represented by steppes and partly semi-deserts. Depending on the relief and underlying rocks, soil complexes and plant associations are extremely variegated and diverse. To the north of Ishim there are grass-forb steppes on the southern black soil with a large number of salt flats along the depressions and skeletal soils along the hills. The vegetation is drought-resistant, represented by grasshoppers, sheep fescue, and pine forests are often found along the elevations. The entire western third of Akmola oblast (penetrating along the valley of Ishim River to the east to Astana city) is occupied by grass steppes on dark chestnut soils. The blackness of the soils here is only 30-40%. To the east of Astana city, white alkalis begin to play a significant role in the soil cover, and wormwood and sheep fescues begin to play a significant role in vegetation. In the southern part of Akmola oblast, in the area of Tengiz Lake, an unclosed cover of sagebrush and sheep fescues spreads on white alkalis and saltworts.


In Akmola region, the climate is extremely continental, arid, with hot summers and cold winters. The climate is extremely continental, belongs to the West Siberian climatic region of the temperate zone. The daily and annual temperature amplitudes are very large. Spring and autumn are poorly expressed. There are many sunny days, the amount of solar heat received by the earth in summer is almost as great as in the tropics. The cloud cover is insignificant. Annual precipitation decreases from north to south, with a maximum in June and a minimum in February. Snow cover is maintained for an average of 150 days. The winds in Akmola oblast are quite strong. The lowest air temperature values for the whole of Kazakhstan were observed in the oblast (Atbasar —57°C, Astana -52°C).

Tribes of the Middle Zhuz lived in the territory of the Akmola region in the XIX century: Argyns (Kuandyk, Suyindik, Kanzhygaly, Karauyl, Tarakty families), Naimans (Baganals, Baltals), Kerei (Kursars, Aksars).
One of the significant stages of resettlement in the territory of modern Akmola oblast occurred at the late XIX — early XX centuries and is primarily associated with the opening of the Siberian Railway and the Stolypin agrarian reform. It was during this period that the foundation of the Ukrainian community in Kazakhstan was laid.
According to the results of these migrations, Ukrainians made up the majority of the population of the northern regions of Kazakhstan in the vast territory of the Steppe Region, referred to in historiography as the Gray Wedge.
On October 14, 1939, by the Decree of the Presidium of the Supreme Soviet of the USSR, the Akmola oblast was formed from parts of Karaganda and North Kazakhstan oblasts. It consisted of: Karaganda oblast — Akmolinsk oblast and 4 districts (Akmolinsky, Vishnevsky, Novocherkassky and Yerkenshiliksky); North Kazakhstan oblast - Stepnyak city and 11 districts (Aryk-Balyksky, Atbasarsky, Zerendinsky, Yessilsky, Kalininsky, Makinsky, Molotovsky, Ruzayevsky, Stalinsky, Shchuchinsky and Yenbekshildersky). On October 16, 1939, the 16th district was formed - Shortandinsky.
On March 15, 1944, Aryk-Balyk, Zerendinsky, Ruzayevsky, Shchuchinsky and Yenbeksheldersky districts were transferred to new Kokchetav oblast.
On September 14, 1954, Stepnyak city was transferred from Akmola oblast to Kokchetav oblast. On October 22, 1955, Barankulsky and Kiiminsky oblasts were formed. On July 30, 1957, Molotovsky oblast was renamed Balkhashinsky. On December 26, 1960, Akmola oblast was abolished, the territory of the oblast became part of Tselinny Territory.
On March 20, 1961, Akmolinsk city was renamed Tselinograd.
On April 24, 1961, Tselinograd oblast was formed with the center in Tselinograd. The oblast includes the following districts: Atbasarsky, Balkhashinsky, Barankulsky, Vishnevsky, Yessilsky, Kalininsky, Kiiminsky, Kurgaldzhinsky, Makinsky, Novocherkassky, Stalinsky, Tselinogradsky, Shortandinsky and Yerkenshiliksky. On November 18, the Stalinsky district was renamed Leninsky.
On January 02, 1963, a new administrative division was introduced. Tselinograd oblast began to be divided into 10 rural districts (Alekseyevsky (formerly Leninsky), Astrakhan (formerly Novocherkassky), Atbasarsky, Balkhashinsky, Derzhavinsky, Yermentausky (formerly Yerkenshilik), Yessilsky, Zhaksynsky, Kurgaldzhinsky, Tselinogradsky) and 1 industrial district (Zholymbetsky).
On December 31, 1964, Vishnevsky and Makinsky districts were restored, the Zholymbet Industrial district was abolished. On October 19, 1965, Tselinny Territory was abolished, the region again directly became part of the Kazakh SSR. On January 31, 1966, Shortandinsky district was restored, and on May 28, Zhanadalinsky district was formed.
On November 23, 1970, Derzhavinsky, Yessilsky, Zhaksynsky and Zhanadaly districts were transferred to new Turgai oblast. On December 04, Krasnoznamensky district was formed. On December 25, 1973, the Marinovsky and Seletinsky districts were formed. On February 15, 1977, Tengiz district was formed.
By the Decree of the Presidium of the Supreme Soviet of the Kazakh SSR of July 18, 1985, Tengiz district was transferred to Karaganda oblast (now part of Nurinsky district of Karaganda oblast). On July 09, 1988, Marinovsky district was abolished, and its territory was transferred to Makinsky district.
In 1992, Tselinograd was renamed Akmola (from 1998 to 2019 — Astana, from 2019 to 2022 — Nur-Sultan, from 2022 — Astana), and the oblast — to Akmola oblast.
On February 28, 1997, Seletinsky district was abolished (Decree of the President of the Republic of Kazakhstan No. 3370 of February 28, 1997, the territory of abolished Seletinsky district was transferred to Yereimentau district). On April 22, Derzhavinsky, Zhaksynsky, Zhanadalysky, Yessilsky and Kiiminsky districts were transferred from abolished Turgai oblast to Akmola. On July 23, Zhanadalinsky (territory transferred to Zharkainsky district) and the Kiiminsky districts were abolished. On November 14, Alekseyevsky district was renamed Akkol, Balkhashinsky - to Sandyktausky, Vishnevsky — to Arshalynsky, Krasnoznamensky — to Yegindykolsky, Makinsky — to Bulandinsky, Derzhavinsky — to Zharkainsky. The transcription in the spelling of Yermentau was changed to Yereimentau district, Kurgaldzhinsky — to Korgalzhinsky district .
On April 10, 1999, 3 southern districts of North Kazakhstan oblast (Zerendinsky, Shchuchinsky, Yenbekshildersky, which were part of bolished Kokchetav oblast until 1997) with Kokshetau, Shchuchinsk and Stepnyak cities (also part of abolished Kokchetav oblast until 1997) were transferred to Akmola oblast. At the same time, the administrative center of Akmola oblast was moved from the capital of the country, Astana, to Kokshetau city.